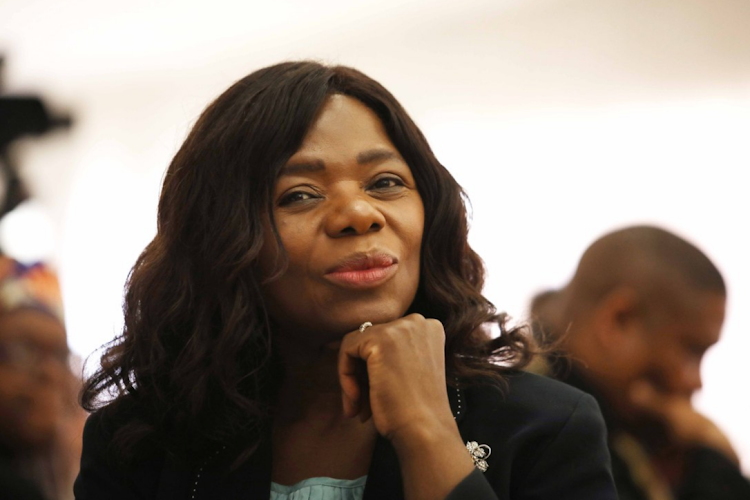 Madonsela was speaking at the Pavocat-Stellenbosch Academy Counter-Corruption Summit this week.

She said to fight corruption, the country needs to move away from the emerging gangster culture.

Of the systemic things that come together to create a corrupt world, among those is the gangster culture. That's one thing I came across as a protector, there's a gangster mentality globally

“Of the systemic things that come together to create a corrupt world, among those is the gangster culture. That's one thing I came across as a protector, there's a gangster mentality globally and I can see that mentality primarily in America and SA.

“I started seeing it as public protector in 2010 and I wrote about it, spoke about it on a platform like this and I said to the governing party, which was my former party: 'We're not the mafia. You can't tell me don't touch family'.”

Madonsela said there would be no progress in fighting corruption if people kept making excuses for "family.

“If in combating corruption we say we're going to touch some people but some people are family. In SA the emerging culture has been introduced by Bell Pottinger. Family means black, so imagine if in SA I was never to touch any black person and we are the majority government, could we ever make any progress against corruption?

Corruption Watch has taken a jab at former president Thabo Mbeki over his piercing critique of the government and says he should acknowledge state ...
News
1 week ago

Madonsela recently reiterated her call for SA to consider amnesty for individuals who played a small role in enabling state capture.

This would enable more people to speak up, knowing they would not face dire consequences.

“The only way you can cut the tentacles of the monster that is corruption is to make sure everyone who has been involved in the syndicate is accounted for and those who are small role players are given some form of amnesty.

Previously, Madonsela said SA should consider lowering the consequences for corrupt people who played a “minimal but critical” role in the act.

'The truth will come out one day,' says Gardee murder accused

"I can rot in jail for all I care. I know the truth will come out one day and justice will be served," said Sipho Mkhatshwa, one of the men accused ...
News
1 week ago

Speaking on SAfm, she said her thoughts were based on two things.

“The one is from what is happening at the state capture inquiry. The information has been trickling in very slowly and the picture emerging is not always complete, which means the inquiry has to do the digging. There aren't enough implicated people coming forward.

“The second reason is, I met a former colleague who now works at Harvard University. I met him at the World Bank years ago and he had worked as mayor in Bolivia. He found that sometimes you have to let go of certain things and give people some kind of amnesty,” she said.