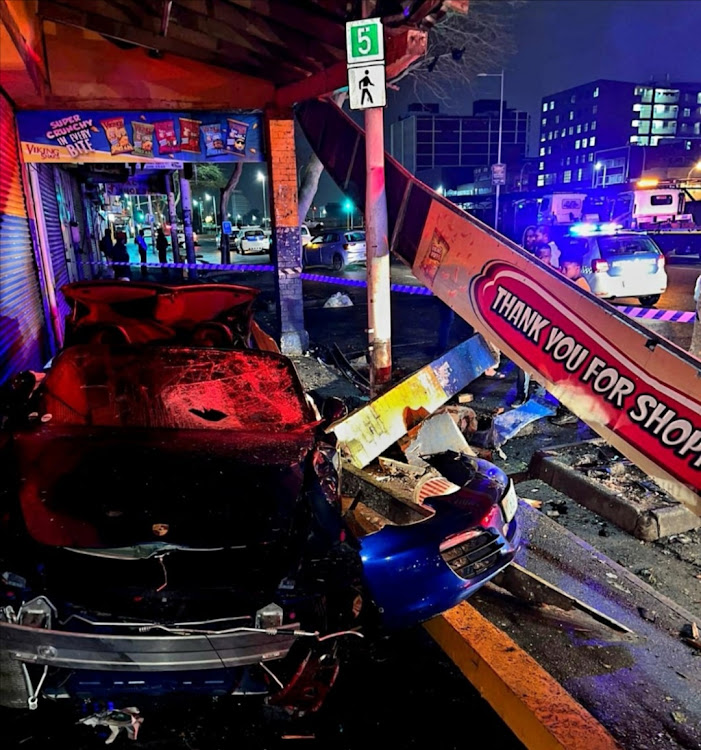 Two children are critical after their father crashed his Ferrari in central Durban on Saturday night
Image: ALS Paramedics

Two children were severely injured after their father crashed his Ferrari into shop fronts in central Durban on Saturday night.

Garrith Jamieson of ALS told TimesLIVE the children, aged 9 and 11, are in a critical condition while their father sustained moderate injuries.

The accident took place on Johannes Nkosi Street at about 11pm.

“Paramedics arrived on scene to find carnage. A single luxurious sports vehicle had somehow lost control and crashed into shop fronts on the roadside.

“Paramedics found a young girl believed to be approximately 11 years of age had been ejected from the vehicle on impact.

“She was in a critical condition and needed advanced life support intervention to stabilise her. She was placed on a manual ventilator before being rushed to a nearby hospital for the urgent care she required.”

Jamieson said her nine-year-old brother was found inside the wreckage, also with severe injuries, and had to be stabilised before being taken to hospital,

“The driver, believed to be the children's father, had sustained moderate injuries and was treated on scene before being transported to hospital.

“At this stage the events leading up to the crash are unknown however SAPS were on the scene and will be investigating further,” said Jamieson.