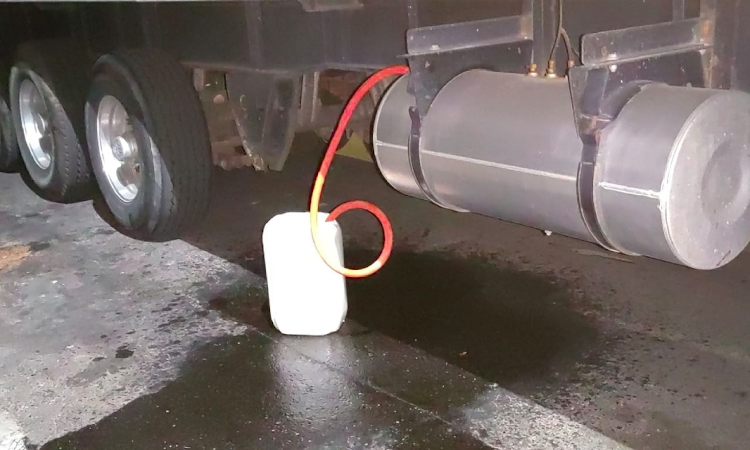 The suspects used a variety of containers to store the diesel.
Image: City of Cape Town

Traffic officers caught four men siphoning containers of diesel from the fuel tank of a parked truck — while the driver was asleep inside.

The suspects had managed to siphon off about 125 litres by the time officers arrived.

A Toyota Quantum with its number plates removed, used by the suspects to store the fuel, was impounded along with several drums and pipes.

“While the ‘fill up and dash’ phenomenon is not new, this type of incident is something else, and was an incredibly opportunistic and dangerous thing to do,” said the city’s mayoral committee member for safety and security, JP Smith.

“Even if the suspects had got away, travelling with large amounts of fuel in makeshift containers would have been very risky.

“While it’s difficult to speculate on the motive, it’s likely that the cost of fuel was a factor. Mercifully, the truck driver wasn’t hurt.

“In light of this incident, we call on the trucking industry, but motorists in general, to please be alert at all times.”

Cape Town traffic services arrested 110 motorists in the past week, 94 of them for driving under the influence of alcohol and 16 for reckless and negligent driving.

A total of 67,047 traffic violations were recorded. Officers also impounded 159 public transport vehicles and executed 1,637 warrants of arrest, the city said on Monday. 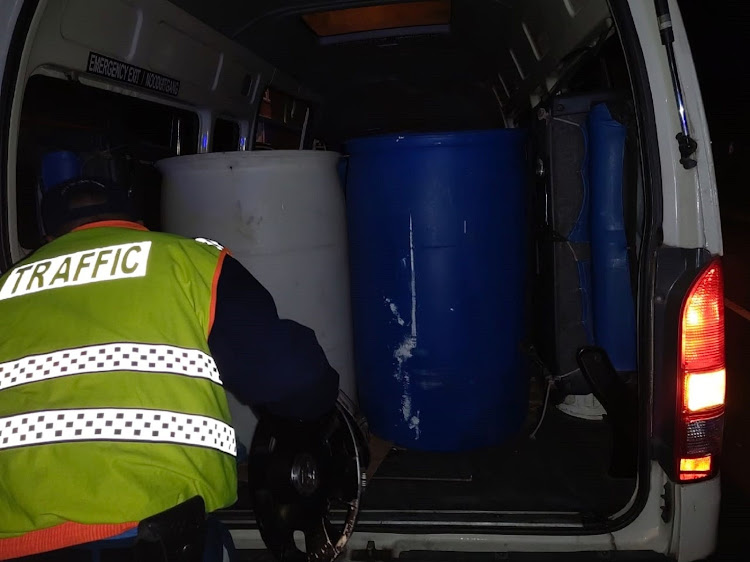 On Friday, officers arrested a motorist in Athlone for 33 outstanding warrants to the value of R97,700. Bail was set at R25,800 when he appeared in court. He was unable to pay and is being detained at Pollsmoor Prison.

“The statistics represent approximately a 50% increase in assault cases and motor vehicle accidents this past weekend, compared to the previous weekend,” said Smith.

“When we look at our weekly trends, it is clear that this spike occurs around the end of the month. These statistics are worrisome, because not only are lives lost or put in danger but the cost of trauma to victims, their loved ones and society at large is immense.”