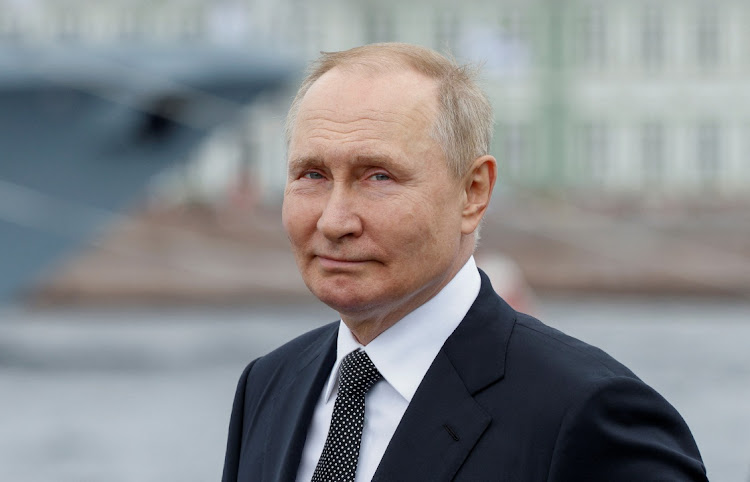 Russian President Vladimir Putin said on Monday there could be no winners in a nuclear war and no such war should ever be started.

Putin made the comment in a letter to participants of a conference on the nuclear non-proliferation treaty (NPT), more than five months into his war on Ukraine.

“We proceed from the fact that there can be no winners in a nuclear war and it should never be unleashed, and we stand for equal and indivisible security for all members of the world community,” he said.

International concern about the risk of a nuclear confrontation has heightened since Russia invaded Ukraine on Feb. 24. In a speech at the time, Putin pointedly referred to Russia's nuclear arsenal and warned outside powers against any attempt to interfere.

“Whoever tries to hinder us... should know that Russia's response will be immediate. And it will lead you to such consequences that you have never encountered in your history,” he said.

Days later, he ordered Russia's nuclear forces to be put on high alert.

Russian President Vladimir Putin evoked the memory of Soviet heroism in World War Two to inspire his army fighting in Ukraine, but offered no new ...
News
3 months ago

The war in Ukraine has raised geopolitical tensions to levels not seen since the 1962 Cuban Missile Crisis.

United Nations Secretary-General Antonio Guterres said in March: “The prospect of nuclear conflict, once unthinkable, is now back within the realm of possibility.”

Politicians in both Russia and the US have spoken publicly of the risk of World War Three. CIA director William Burns said in April that given the setbacks Russia had suffered in Ukraine, “none of us can take lightly the threat posed by a potential resort to tactical nuclear weapons or low-yield nuclear weapons.”

Russia, whose military doctrine allows for the use of nuclear weapons in the event of an existential threat to the Russian state, has accused the West of waging a “proxy war” against it by arming Ukraine and imposing sanctions on Moscow.