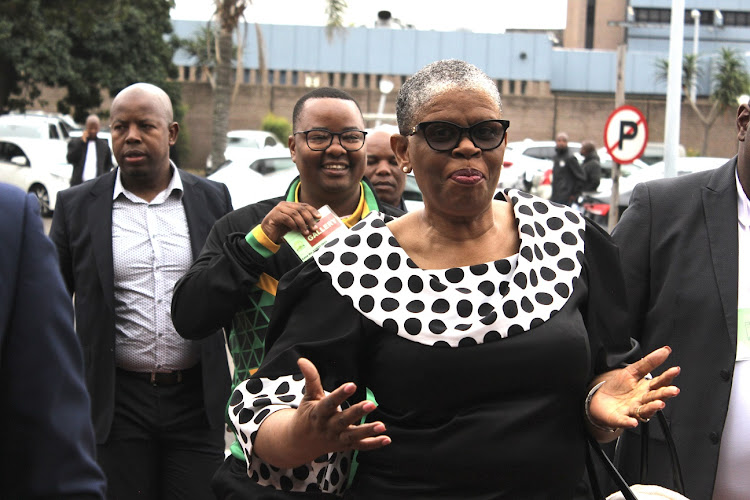 The R320m corruption trial of former eThekwini mayor Zandile Gumede and 21 others is expected to proceed to trial next year.

The trial, which was set down at the Durban high court from July 18 until the end of August, has hit a number of snags with some of the accused unable to pay their lawyers.

Last week lawyers for Sandile Ngcobo, deputy head of supply chain management, Bagcinele Cynthia Nzuza (wife of suspended municipal manager Sipho Nzuza, who is also an accused in the matter) and Zithulele Mkhize, said their clients did not have enough money to pay legal fees.

A similar scenario played out on Monday when attorney Carl van der Merwe, representing Bongani Dlomo and his wife Khoboso, directors of Omphile Thabang Projects, a company that benefited from the illegal contract, withdrew his representation.

The Dlomos opted for legal aid, which will only be granted after a means test.

While presiding judge Sharmaine Balton adjourned the matter to August 11 for pretrial, the trial is likely to get under way only in the new year.

The trial against former eThekwini mayor Zandile Gumede and 21 others, charged with racketeering, fraud and corruption relating to R320m spent by the ...
News
3 weeks ago

Apart from addressing issues of payment, lawyers representing the accused will still need to wade through about 200,000 pages of documents in preparation for trial.

Meanwhile, the SA National Editors' Forum (Sanef) has stepped in to assist the media with obtaining camera access for the case.

Sanef instructed advocate Max du Plessis to argue the media’s case after a directive issued by Balton, who last week denied the media camera access in court. Balton made the ruling after a discussion with the counsel and the accused’s legal representatives on Wednesday.

Du Plessis is expected to consult with the accused’s attorneys to come to an agreement that would allow the case to be televised.

Should an agreement not be reached, an urgent application will be filed by Du Plessis by no later than Friday outlining why the media should be granted camera access in court.

The ANC's eThekwini chair Zandile Gumede was conspicuously absent at the Durban high court on Monday, where pre-trial proceedings for her and 21 ...
News
1 month ago

Gumede and her co-accused face charges of racketeering, fraud and corruption relating to a R320m city waste contract awarded in 2016, shortly after she had taken office as mayor.

Gumede, as accused number one, is alleged to be the “head” of the alleged corrupt enterprise as defined in the Prevention of Organised Crime Act, which sets out what constitutes an offence under its racketeering provisions.

She is accused of committing the crimes to “firmly establish” her position as mayor and increase her standing in the political arena, especially in the radical economic transformation (RET) camp of the ANC.

In total, the indictment details 2,793 charges (including some alternatives) relating to the award and renewal of the contract for refuse collection, street cleaning and to tackle illegal dumping in townships in 2017.