One dead as police exchange gunfire with zama-zamas in Krugersdorp 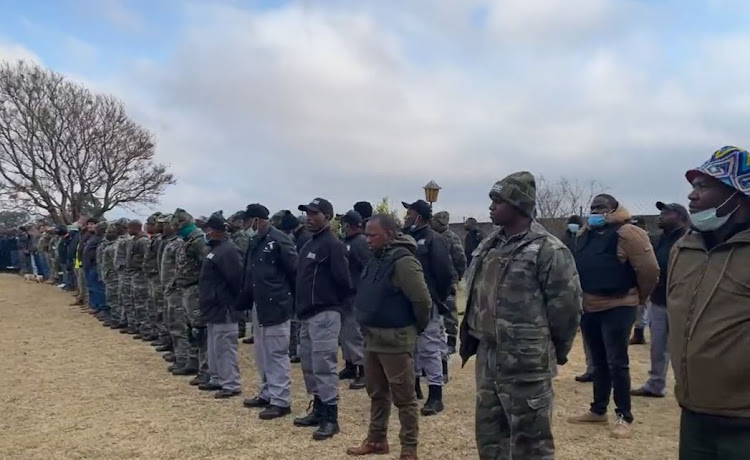 Police and alleged “zama-zamas” (illegal miners) exchanged gunfire on Tuesday after a raid at a disused mine off the R28 in Luipaardsvlei, Krugersdorp.

Netcare 911 spokesperson Shawn Herbst said a man believed to be an illegal miner was shot dead after he allegedly pointed a gun at police.

Herbst said multiple other zama-zamas were injured trying to escape.

Police spokesperson Lirandzu Themba confirmed the incident, saying the miners pushed back after the raid.

[WATCH] These are some of the terrible living conditions some illegal miners or so called #ZamaZama are living in, this is a hide out near @SIBSTILL mine in the West Rand; Gauteng. pic.twitter.com/2iACTY2NHI

“We refuse to co-govern with criminality,” Cele said at the scene, where a suspect was handcuffed on the ground.

“The state has to rise ... I’m happy that even the mining industry is working with government.”

Cele said he spoke to minister of mineral resources and energy Gwede Mantashe to ensure the government responds to the illicit industry “so South Africans can live safely”.

The raid comes after eight women, who were among a crew shooting a music video in the area, were raped, allegedly by illegal miners.

* This story is ongoing and has been updated.