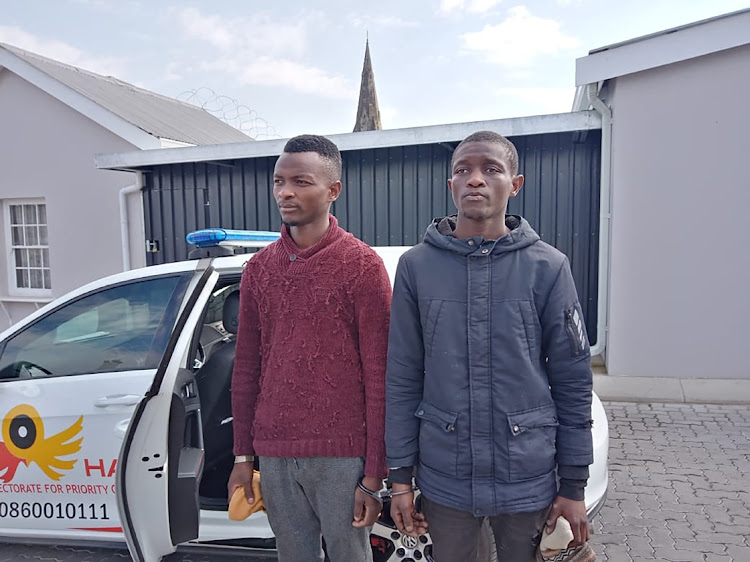 A young woman held back her tears in the Qonce magistrate’s court when her two older brothers appeared on Thursday for the murder of her boyfriend, a police constable.

One of the brothers was reportedly wearing Constable Ayabonga Williams‘s clothes when he appeared in the dock.

Their case was postponed to August 11, when the brothers,  Siseko, 29, and Siyanda Kato, 27, can apply for bail.

They asked to be represented by Legal Aid.

The pair appeared restless during their brief appearance, constantly glancing at the gallery, and giving their relatives their belongings including a belt, a beanie and a watch.

Their relatives in turn wanted to give the brothers a pack of cigarettes and a lighter, but police said this was not allowed.

The brothers were arrested on August 2  by the East London serious organised crime investigation team of the Hawks in a joint operation with the crime prevention unit.

Williams, a father of two, was attached to the Steve Tshwete Community Service Centre.

Hawks spokesperson Captain Yolisa Mgolodela said that on July 20 the brothers allegedly confronted Williams, 32, at Sweetwaters about his alleged abusive relationship with their sister Anivuyina Kato, 18.

Williams, who lived with his girlfriend and her family, suffered stab wounds to the upper body.

Outside court, Williams‘s aunt, Noluntu Frans, cried as she spoke about the death of the officer, who had joined the force in 2016.

The policeman, whom his aunt described as a well-mannered man, was buried on Saturday.

“We have been left heartbroken,” she said. “My wish is that they don‘t get bail.

“We did not expect Ayabonga to die so young and tragically.

“We have been robbed.

“He came to me and told me about his living situation and he was happy.

“Truly it will take a while to accept that he is no more.”

Anivuyina Kato, who had been seeing Williams for about a year, said they had been together when her brothers allegedly confronted him.

“My heart has been torn into pieces. Those are my brothers in the dock. It‘s so painful.  They were saying they did not want him at our home,” she said.

She also does not want them to be released on bail.

She said after the attack on Williams, “there was so much blood”.

She travelled with him to the hospital.

“He was worried about his daughters. He kept saying he was sleepy and I asked him not to sleep.

“He was vomiting blood. I was shattered when his relatives told me he had died.”

She described him as a joker and a man who loved people.