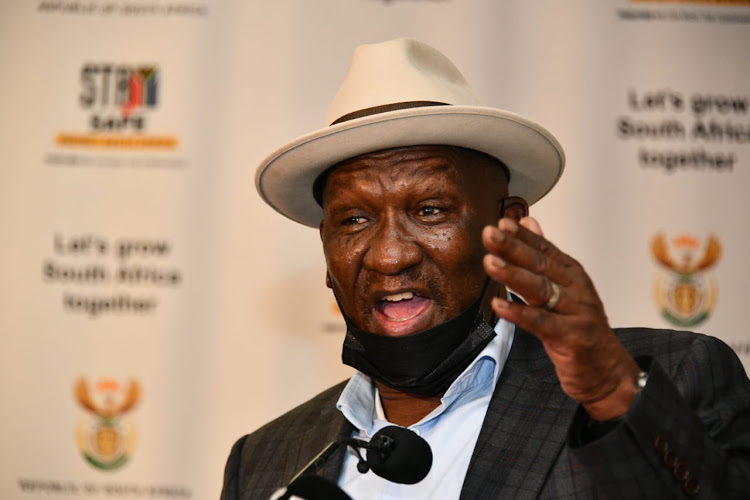 Police minister Bheki Cele visited Krugersdorp on Saturday, where he held a six-hour imbizo with the community.
Image: Supplied

Damning allegations of senior police officials involved in corruption, an inadequate police force and high levels of gender-based violence (GBV) were among concerns raised by West Rand residents when they aired their frustrations at an imbizo in Krugersdorp hosted by the police ministry on Saturday.

Residents called for the removal of a senior SAPS official, accusing police in the region of taking bribes, encouraging community members to take the law into their own hands and taking drugs.

One resident said he alerted police to a group of men with guns. “They said you deal with them and we'll back you up afterwards.”

A woman said day and night she witnesses police taking bribes and drugs, adding she had seen a woman being abused by zama zamas in front of police, who then shook the illegal miners' hands and drank with them.

She said the senior police officer in question thinks the local police station belongs to him and called for his removal, saying: “I hate him, I hate that guy, I hate him. I am hurt and angry.”

Others accused police of using state resources, such as police vehicles, at weekends for personal errands. Some said because some police officers had been in the area for many years, they were friends with criminals who were then not dealt with.

Community members called on home affairs to arrest and deport illegal foreigners and said mining companies must also be held responsible for issues facing the area.

A community member said boots on the ground were needed and that the army should be called in to clean up the region.

Cele took the podium amid a few snarls.

He grilled local councillors for not addressing residents' concerns.

Cele again highlighted SA's social ills, saying in most townships there are more taverns than sport centres, libraries or churches.

Addressing the gang rape, the minister said police had arrested 300 zama zamas, but he was not satisfied.

“I want those people to be found and they must be punished.”

Cele used the opportunity to also clarify his controversial statement earlier in the week after being slated by the media for saying one of the gang-rape victims, a 19-year-old woman, was “lucky, if it is lucky, that she was raped by one man”.

“Sometimes people undermine the pain of you being a human being. That statement, it cannot be that a person was lucky. That's why I qualified it by saying ‘if it is lucky’. In my head I had the weight of 10 woman being raped one after another.”

The crowd grew restless during Cele’s address, with some walking out. However, the minister defended his drawn-out address by saying he listened to 27 people raise their concerns and didn’t see why they would want to leave when he was addressing them.

Cele said among the immediate interventions by the government to address concerns would be:

Cele said a delegation of ministers would report back to the community in two weeks with plans to develop and better safeguard residents.