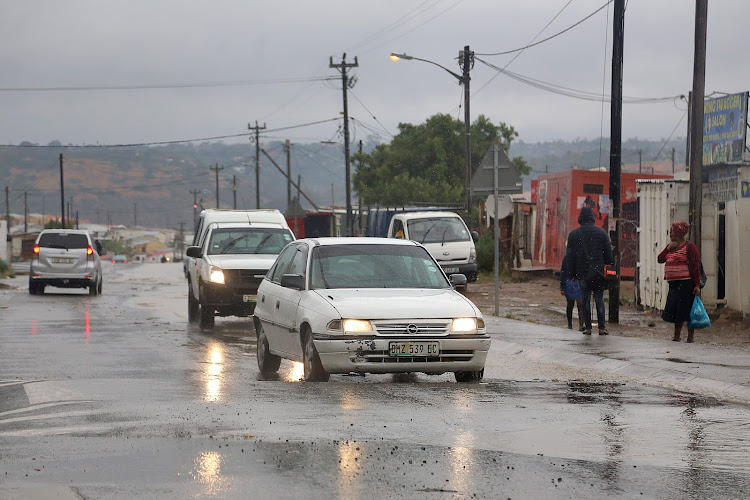 A school building was struck by lightning as heavy rains lashed East London and other parts of the Eastern Cape on Monday.

By 2pm, 4.8mm of rain had fallen in the eastern half of the province, according to the SA Weather Service.

The wet weather was welcomed by many in the province, which has been hit hard by a dry spell in the past few months, and four years of below-average rainfall.

Pupils at Grens High School in East London got the fright of their lives shortly after 2pm, when lightning struck the roof of a bathroom building.

Pupils told the Dispatch that some of their classmates had been in the school bathrooms when the bolt struck.

“We heard a loud bang and we wondered what was happening. Some of the guys were still in their underwear,” one boy said.

Another pupil said tiles fell from the roof, and a few still lay scattered under the apex where a large hole was clearly visible on Monday afternoon.

“Luckily no one was hurt,” the boy said. 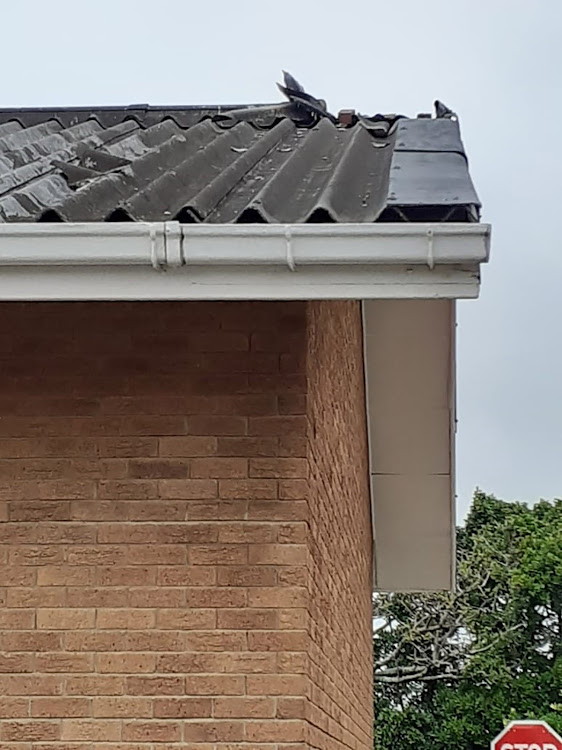 TILES SHATTERED Damage to a roof at Grens High School after it was struck by lightning.
Image: JOHN HARVEY

The East London court building also was not spared as the heavens opened.

Those due to appear in court huddled together in the foyer during the lunch hour as the rain bucketed down.

People who had come to support loved ones in their respective bail applications in B court were greeted with no lights above the magistrate's bench post-lunch.

Proceedings were then moved to regional court 4 for the afternoon session.

There was some damage reported in Nompumelelo township in Beacon Bay, where roads were flooded and residents scrambled to repair leaking tin roofs.

Komani resident John Rademan said there had been high winds in the morning, but then rain pelted down later.

Lightning could be seen throughout the afternoon and light hail fell.

Many other towns of the province, including King William’s Town, experienced a steady drizzle or harder rainfall.

ast London resident Rene Cavanaghe said: “I filled my pool and existing tanks then I left the valves open to direct roof water through the tanks and straight into the pool.

“Now the pool is filled to the brim and the tanks are full.”

The SA Weather Service forecasts that Tuesday will be fine and cool, becoming partly cloudy south of the escarpment in the evening.