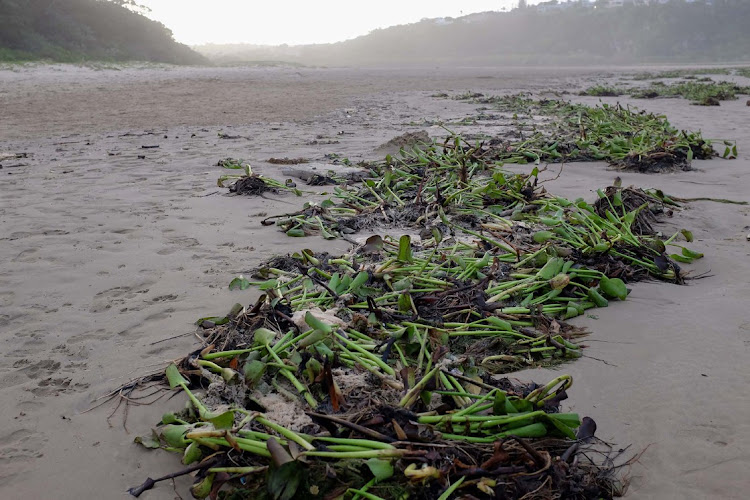 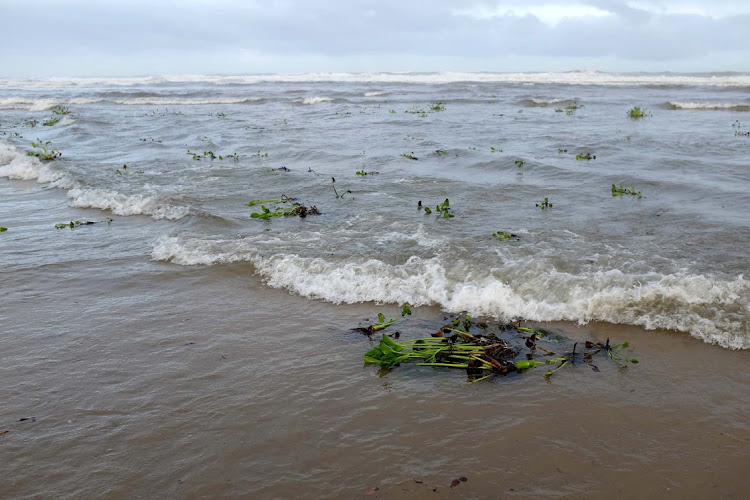 The Nahoon River is being strangled by alien plants and sewage and is in need of rescue, the Nahoon River Estuary Forum said after heavy rain sent tonnes of choking hyacinths over the Abbotsford causeway and onto Nahoon Beach last weekend.

Forum chair Christo Theart told DispatchLIVE on Monday that the pollution of the river was unacceptable.

Theart said the main cause was sewage spilling into the river because of ageing and dilapidated city infrastructure.

In April residents were shocked when all the fish and other life in the river suddenly died. Even the hardy barbel went belly up.

Residents blamed a combination of sewage and hyacinth depriving the water of oxygen.

Drought has also lowered the amount of water in the river, putting even more pressure on the fish and other species.

The department of environment, forestry & fisheries, in collaboration with the Centre for Biological Control at Rhodes University, started a programme to remove the hyacinths through chemical spraying and the release of an insect which destroys the plants, but Theart said this was not enough.

“The hyacinth only presents above the Abbotsford causeway where the tide does not reach.

“They were washed over the causeway into the estuary through recent heavy rains.

“The hyacinth has ended up on the beach and the problem has shifted to a beach-cleaning exercise.”

Hyacinths are an invasive alien species and in terms of the law must be removed, he said.

“If the municipality can fix the sewage spilling from the Cambridge pump station, there would be less pollution in the river and the hyacinth wouldn't spread as easily.

“It doesn’t pose a danger to people, but it kills the fish if it covers the whole river.”

Sewage flow into Nahoon River due to illegal electricity connections

Thousands of litres of raw sewage has been flowing into the Nahoon River for years and according to ward 18 councillor Jason McDowell, it can be ...
News
2 years ago

Theart said part of the problem was that thieves were stealing power cables supplying the pump station, causing it to stand idle and allowing sewage to spill into the river.

“This was under control few years ago. The municipality should provide a backup power supply do deal with this,” Theart said.

He added that at a recent meeting with the water and sanitation department, it was indicated the Cambridge pump station would soon get backup power.

Theart said they were in discussions with the BCM to implement the Nahoon estuary management plan which includes a comprehensive audit of sewerage infrastructure around the estuary and provision of a backup power supply to all pump stations.

“The forum has applied to be registered as an NPO with the department of social development, which will allow it to raise its own funds to assist with the implementation of the plan to improve the water quality of the estuary.”

BCM spokesperson Samkelo Ngwenya said the sanitation department had no knowledge of any sewage leaking into Nahoon River now or recently.

“We have no sewage leak that we are aware of at the river.

“Even a suspected sewage leak to Nahoon River reported during the weekend turned out to be from a stormwater system, not sewage,” he said.

“It is true that the upper part of Nahoon River, beyond Abbottsford Bridge, had a massive growth of water hyacinth, and yes it tends to deplete dissolved oxygen in water, and thus impact negatively on the aquatic life depending on oxygen.”

However, a resident of Torquay Road which runs along the river bank, who asked not to be named, said on Monday sewage was pouring from a known leak in the pipes and running into the river.

High E.coli levels, invasive species and management-related problems are just some of the issues that have dogged the Nahoon estuary, one of East ...
News
2 years ago