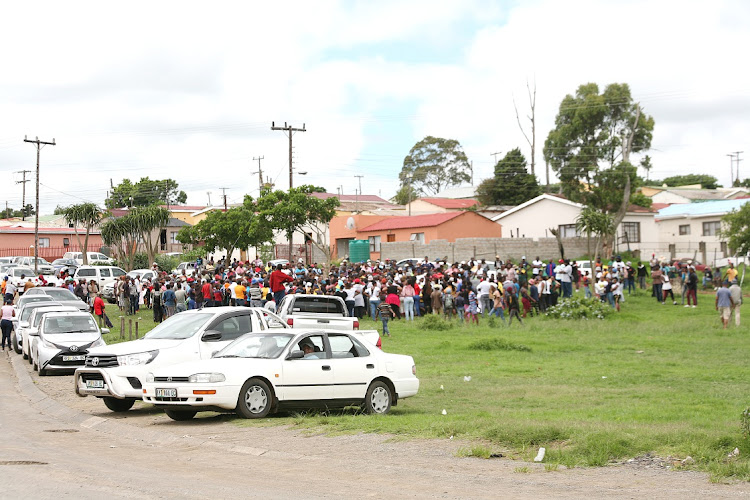 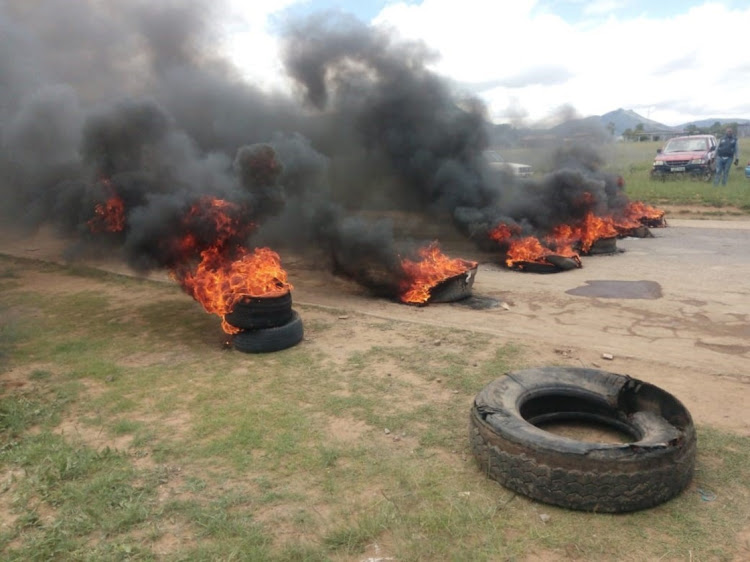 The Eastern Cape towns of Butterworth and Komani came to a standstill on Tuesday as protesters ran amok, burning tyres and blocking roads, as they demonstrated over various service delivery issues.

In one of the day's most shocking incidents,DispatchLIVE witnessed a Komani taxi driver being pulled from his vehicle and doused in petrol. He had angered a mob of about 50 protesters while trying to get past them.

Fortunately protest leaders quickly intervened and managed to drag him away and call off the mob. They then allowed him to drive away.

While the Komani protest centred on electricity being disconnected to areas of Victoria Park and Aloevale, the Butterworth uprising stemmed from water-related issues.

Schools and businesses in Butterworth were closed for fear of protesters looting and damaging property.

Eastern Cape premier Oscar Mabuyane condemned reports that members of the mob had snatched keys from truck drivers and then used the same trucks to block parts of the N2.

When the Dispatch visited the town in the morning, about 500 residents had gathered on an open veld in Machubini Village. Two trucks were trying to remove trucks that had been used to block the N2.

A heavy police presence, including SAPS nyalas, was on the scene throughout the day.

A group of community members, who would only identify themselves as “Butterworth Concerned Residents”, said they were protesting for clean water to be delivered to all residents.

They told the Dispatch that truck drivers hired by Amathole district municipality to transport water to residents were selling the scarce resource, and that 16 water tanks donated by ADM were missing.

“Last year the government promised us that our problems would be resolved. Time has passed and we still do not have any feedback from them. It has been like this for many years. No-one can live without water. As medium and short term solutions they also promised us water tanks, boreholes and water trucks to bring us water,” a member of the group, who refused to give his name, said.

Government buildings and schools in Stutterheim have been closed following threats by residents to disrupt business and classes until their demands ...
News
1 year ago

The protest also created tension between taxi operators and members of the mob. The community alleged that some of the operators also owned water trucks.

But Butterworth Taxi Association chairperson Vuyisile Ntleki  said: “We are also affected by the water shortage but we have some disagreements with community members about ADM's water distribution project. We all agreed to have a meeting on Thursday and we are going to take action after that,” Ntleki said.

None of the truck drivers present at the protest was prepared to speak to the Dispatch.

“According to the SAPS in Butterworth, the protest is leaderless and there are no clear reasons for the protest. We are carting water to areas where there has been no water yet ... Since Gcuwa Weir is full after the recent rains, the system is filling up, therefore other areas are yet to receive piped water.”

She said there had been an increase in vandalism in the municipality.

“We constantly have to replace or fix pipes. A big valve was destroyed in Ibika leaving Ibika, Vulley Valley and Extension 24 without water.”

At one stage a group of protesters threatened to burn down municipal buildings in Owen Street unless their electricity connections were restored. Staff ran out of the offices as residents of Victoria Park and Aloevale entered the centre of town.

They barricaded Victoria Road, Pelem Road and Western Road with logs and burning tyres before moving on to do the same in Owen Street in the CBD.

Students suspend protests across most of the country's universities

Universities South Africa (Usaf) says student leaders have agreed to suspend protest action on most campuses around the country.
News
1 year ago

Community leader Joshua Goss said: “We residents of Aloevale, Newvale, New Rest and Victoria Park  have had our electricity cut and yet we haven't received any accounts for six years. Our councillors are useless.”

Residents now had to pay to have their power unblocked, Goss said.

“They (Enoch Mgijima council) did not implement the municipality's credit control policy which states that they have to give people 14 days' notice before they block electricity,”  said Goss.

He said there was no service delivery from the municipality.

Municipal officials exchanged harsh words with some of the protesters, which led to the police intervening to diffuse tensions.

Mayoral committee member Noluthando Nqabisa promised that the municipality would reconnect all areas on Tuesday.

“It would not be proper to bill people for services they are not getting. We will also do an update of the lists and do data cleansing. After we have completed this we will communicate with the community and send notices to those who are in debt,” said Nqabisa.

She said there 'would be no disconnections until this process had been completed and people had received proper accounts.