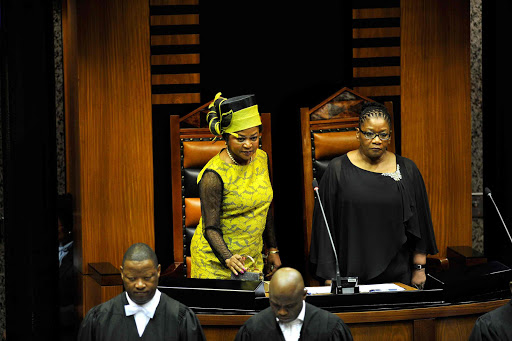 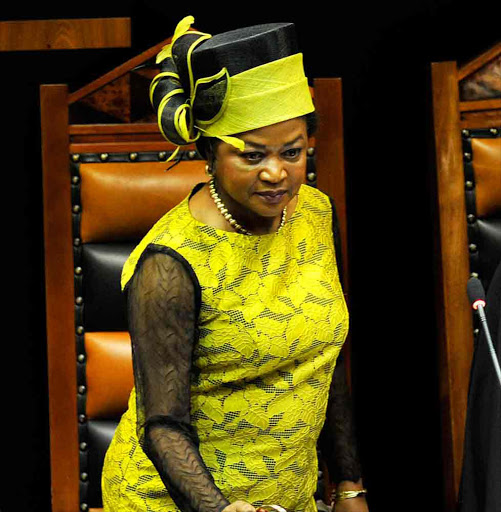 Opposition parties have united against National Assembly speaker Baleka Mbete’s attack on Economic Freedom Fighters (EFF) leader Julius Malema‚ whom she referred to as a cockroach on Saturday during a meeting of the ANC in North West.

Among the options the opposition parties are considering is a court interdict to block Mbete from presiding over today’s state of the nation address debate.

At least three parties‚ including the DA‚ said on Sunday that they would be seeking an “urgent meeting” with their colleagues in parliament to discuss a strategy ahead of today’s debate on President Jacob Zuma’s speech.

Weekend reports were that Mbete‚ speaking in her capacity as national chairwoman of the ANC‚ had launched a broadside against the EFF and Malema whom she called a “cockroach” during her speech at the ANC North West provincial conference.

Mbete was quoted as having said ANC deployees must work hard and defeat the EFF.

“If we don’t work we will continue to have cockroaches like Malema roaming all over the place‚” she said.

The Daily Maverick also reported that she also lashed out at the “western governments” who she claimed were driving the EFF’s agenda.

“ want to – in their words – collapse parliament so they can force this country to an early election.

She added later: “Those people are not working with people of this country alone, they are pawns in a bigger scheme of things where some western governments are involved.”

She called on ANC branches to prepare themselves to fight the EFF in provincial legislatures and municipalities‚ which she charged the EFF was planning to move into next.

United Democratic Movement leader Bantu Holomisa said on Sunday Mbete could be blocked from presiding over today’s debate because her statement to ANC delegates in North West was made within the context of Thursday’s state of the nation address over which she presided.

However‚ DA parliamentary leader Mmusi Maimane‚ who was consulting with the party’s legal representatives‚ said a court interdict could be premature because parliamentary processes might have to be exhausted first.

The most immediate move would be to bring Mbete before parliament’s powers and privileges committee.

But Holomisa disagreed‚ saying “going the route of parliament is a waste of time”‚ because the ANC was likely to use its majority to defend Mbete.

Freedom Front Plus chief whip Corne Mulder said “if correctly reported‚ then what Mbete said was shocking and in any other normal democracy she would be removed as speaker of the National Assembly”.

However‚ Mulder said‚ under the Zuma-led ANC “nothing like that will happen”.

He said opposition parties would‚ before noon today‚ “look at the best options and strategies within the rules and the law to ensure that Mbete was censured”.

Although taking the legal route was an option‚ he said the courts had previously seemed reluctant to get involved in the internal workings of parliament.

The ANC should heed the warning that “parliament could not function if all parties do not buy into it”‚ Mulder said.

The speaker could also lodge his or her resignation in writing with the secretary to parliament.

Constitutional expert Shadrack Gutto said an interdict against the speaker “ought to be tested because her comments were unbecoming and contradicted the role that she occupies as the speaker”.

The “cockroach” comment demonstrated “hatred” towards Malema as an MP as well as his colleagues‚ Gutto said.

There was a case to be made that Mbete was unlikely to apply the rules fairly where Malema and the EFF were concerned.

“There is a good ground to test that in the court or she should withdraw the comments‚” he said.

But he conceded that it was unlikely that ANC MPs in parliament would support a motion to remove such a high-ranking member of the ANC as Mbete.

The EFF said in a statement on Sunday that “the country cannot afford to have the speaker of the National Assembly who incites violence against members of parliament‚ both inside and outside parliament”.

“Parliament will only be safe when Baleka Mbete resigns‚ for she is biased and will do everything‚ including promoting hooliganism‚ to protect the cabinet and Jacob Zuma‚” said EFF spokesman Mbuyiseni Ndlozi.