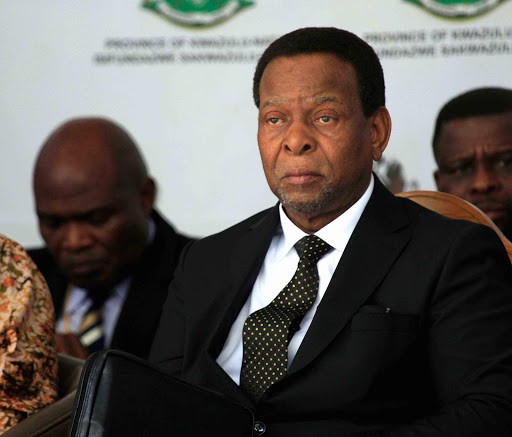 KING GOODWILL ZWELITHINI
The spectre that reared its ugly head in 2008 has done so again for precisely the same reasons. One can only conclude the attacks on our African brothers and sisters in 2015 are a clear demonstration the problems raised back then were not adequately addressed.

My aim here is not to rehash all that is already in the public domain, but to attempt to discern some of the key dynamics of this xenophobia-cum-Afrophobia saga.

Let me point out from the outset little suggests the specific root causes of the 2008 outbreak of Afrophobia were even thoroughly established, let alone dealt with.

From a criminal justice system point of view, few successful prosecutions emanate from these horrendous crimes against African foreign nationals.

This is, however, just one of the reasons we are currently witnessing the re-emergence of such callousness.

We all know South Africa’s borders are porous. The numbers of illegal immigrants in the country lend credence to my claim.

Clearly, whoever is responsible for our borders is not doing their job effectively.

I anticipate a plethora of excuses being advanced as reasons for this state of affairs – an under-resourced army due to budgetary constraints, corrupt home affairs officials, and many others. But the fact remains, our borders and immigration system fail to properly regulate the influx of immigrants to our country.

As a result, our already over-burdened resources take strain.

It is common knowledge that unemployment and destitution are rife in this country. The majority of South African citizens were condemned by apartheid spatial development practices to live in suffocating, confined conditions.

These spaces were designed to force men in particular to sell their labour in the economic hubs, the urban centres.

I speak here of the townships where nowadays our African foreigners run their business concerns amid the grinding poverty that permeates these spaces.

The same happens in the big cities.

Since 2008 a dominant narrative has been that these “foreigners” are responsible for the plight of the locals because they “take over every business, forcing the locals to close shop”.

It is further posited the foreigners are a source of cheap labour and the locals consequently lose out on their jobs.

This then bred animosity and hostility among the locals, arguably because of jealousy.

One can infer from this narrative locals felt as if the foreigners had invaded their space and taken over the reins.

I will not get into the merits and demerits of this view – my objective is simply to discern the issues as they relate to the current wave of Afrophobia.

Allegations of criminal activity by African foreigners have also been part of the “xenophobia” narrative since 2008, and it is still so in this year’s edition.

Urban legend has it foreign brothers and sisters are culpable for spiralling crime in our country.

To me this “theory” comes across as tendentious because South Africa was never a utopia and crime has always been part of our lives.

A simple glance at the nationality of those in South African prisons is likely to counter claims crime has reached alarming proportions because of African foreigners.

In giving the current Afrophobia some context, it cannot escape us the socio-economic issues underlying the 2008 violence still remain in place in 2015.

Unless and until these are dealt with decisively, we can only brace ourselves for more of these violent eruptions.

This does not in any way justify the senseless killings of our fellow Africans – I condemn these actions unequivocally.

Former President Thabo Mbeki’s seminal “I am an African” speech in 1996 on the occasion of the adoption of the constitution may prove instructive in the midst of these turbulent times and fellow South Africans should take a cue from it.

It could be a touchstone of a citizens’ education programme.

I am not naïve enough, though, to expect this to be an end all in terms of a solution.

The problem is so complex it does not lend itself to syllogism. A holistic approach to researching the problem is imperative so overarching and enduring solutions can emerge.

The blame game is definitely not an option. King Goodwill Zwelithini, for example, has accused the media of having fuelled the xenophobic-cum-Afrophobic attacks by “misrepresenting” him.

In his speech at the April 20 imbizo he said to thunderous applause he had indeed been misrepresented because, had he truly wished it so, this country would be in ashes.

I always marvel at the alchemy the king seems to have in addressing his “subjects”. It is that very alchemy that sends shivers down my spine. Is his implication we must ensure we do not make him angry?

The dangers of putting mortal beings on pedestals gives them a sense of invincibility.

It is public knowledge this country emerged from the ashes after a protracted struggle for liberation. Yet this country never took time to fully initiate a process of healing in our communities.

Hence the bottled up anger and hatred incidentally finds its way to our African brothers and sisters.

The xenophobic attack victims are caught by a stray bullet, so to speak. The real issues remain unresolved.