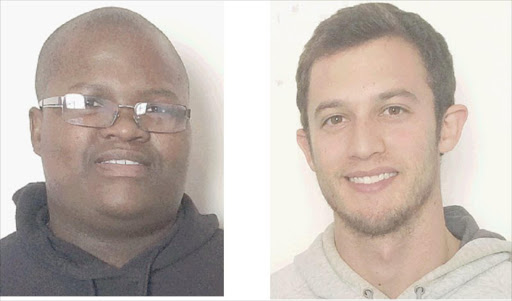 As we speak the Eastern Cape department of education is undergoing its largest restructuring in history – and it has gone unnoticed by most of the country.

The department is overhauling its service delivery model and organogram, one that’s been in place since 2006. After years of the ECDOE provincial office wrongfully removing powers from districts and often duplicating those functions in Zwelitsha, it will restore authority to the districts.

It is also already successfully consolidating districts to as few as eight to 12, down from 23 earlier this year and 41 previously.

Moreover, a new superintendent-general (SG) is finally being appointed, bringing permanent leadership to the department for the first time in years.

The department must be lauded for these changes and improvements.

It must be especially supported in one integral component of the new model, and the one most likely to see resistance: plans to close as many as 2077 schools – nearly two in every five schools in the province.

During the transition to democracy in 1994 the Eastern Cape inherited a particularly fractious and under-funded education system.

Not only were there six different education departments between the Transkei, Ciskei, and Cape Province that had to be merged into one, but this new hodgepodge of a system found itself needing to administer education across 6000 schools, the second most of any province behind KwaZulu Natal.

Never was there the proper opportunity to centrally plan how to best allocate resources, human and financial, to offer the quality of education learners in the province deserve.

As a result, the Eastern Cape ended up with the lowest learner per school ratio in the country at just 340, compared to 939 in Gauteng and a national average of just over 500.

As if the challenges of administering education in a rural province were not enough, this low density of learners has put a tremendous burden on a limited educator pool.

Supported by a team of experts in the field, the ECDOE is currently identifying schools eligible for closure based on educator post eligibility.

In Butterworth alone, 220 schools are small enough to qualify for four or fewer teaching posts. In King William’s Town that number of schools is 219.

That means that for each of these schools that continues to operate, overcrowded classrooms elsewhere in the province will continue to suffer.

Not all of the 2000 schools will in fact, be closed. Over the course of the next few months, the department will be engaging in a highly complex planning process to determine which and how many schools must close to ensure the overall health of the education system while also protecting the rights of individual learners.

It’s never easy to close a school. A school is often the institution around which a community is based. It’s a hub of development, of energy, of activism, of progress.

But sometimes, as in the Eastern Cape education system, it’s important to improve the quality of education that the department can provide.

Doing so stands to benefit a range of different stakeholders. Firstly, the rationalisation plans will benefit the learners in the schools that are scheduled to be closed. For instance, a student in a small school may be learning together with students of several other grades, also known as multi-grade teaching. She also may only have access to a narrow range of subjects given the small number of teaching posts at the school.

Under the new system, this learner’s access to a quality education will be meaningfully broadened.

Secondly, these plans will benefit learners in many of the schools that will be absorbing learners and educators from closed schools. For instance, currently we have a system where a teacher may teach 10 learners in one school but a teacher down the road will have 60 learners in her class. If the schools were to merge, those teachers could each teach 35 learners, in keeping with national norms.

Teachers in overcrowded classrooms will also benefit as their class sizes will be considerably reduced.

Moreover, teachers will likely have far shorter commutes, given that across rural parts of the province many teachers drive hours each day to and from schools since their families live and work in bigger towns and cities.

Then school leaders are more likely to receive sufficient support staff to effectively manage their schools.

Ultimately, the quality of education in the province stands to improve.

These changes will not take place overnight, nor are they a silver bullet, but they stand to enable the Eastern Cape education system to provide the highest quality of, and access to, education that it has been able to since its inception.

Civil society and education stakeholders must stand behind the provincial department as it carries out these plans.

However the department must also remain accountable throughout the process. It has vowed to follow the proper consultation guidelines to legally close schools as outlined in Section 33 of the South African Schools Act.

Circuit managers are currently reviewing schools that are eligible for closure, taking into account enrolment trends, migration trends, geography, capacity of neighbouring schools, and other local context to make sure closure or realignment is the correct decision.

Given the province’s historical challenges with scholar transport and school infrastructure, the public must be vigilant and ensure this takes place properly – and confront the department if it errs.

Even if it is prudent to close a school for the reasons outlined above, if the closure is not accompanied by timeous scholar transport and/or hostel accommodation for displaced learners, these learners’ access to education will be severely infringed.

This has already happened in some cases. A worst case scenario is tens of thousands more learners walking vast distances to school, resulting in elevated risk to learners’ lives and to increased dropout rates.

But if government and civil society work together to ensure proper plans are put in place and implemented, we could begin to see education outcomes improve in parts of the province that have been mired in under-performance for decades.

This is a historic moment for the Eastern Cape education system. Resistance to change is to be expected and implementation will necessarily take time. But for the future of all learners in the province, it is important for society to rally behind the department.