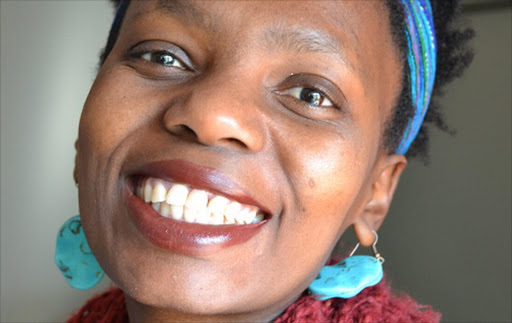 NOMALANGA MKHIZE
Some of the antagonistic responses to the hair protests at two “high performing” girl schools Pretoria High School for Girls and Sans Souci in Cape Town – bring to the fore the problem of the psychological scars that former white schools inflict on black and other “non-conforming” children.

Yes, there is a spectrum of dysfunctions in South African schools, and former Model C schools are safe havens in comparison. However, they do need to stop valorising archaic school cultures built on the schools’ own histories of racism and exclusion.

We need to be clear upfront – these protests were not just about hair, they included a range of practices including being given detention for speaking African languages at school and being verbally abused by teachers amongst other things.

Looking for evidence of “racial incidents” overlooks the fact that the problem is embedded in the schools’ traditions and cultures.

In the case of former white schools, the traditional conception of an ideal girl or boy is derived from an archaic white, imperial Victorian/Edwardian era ideal from when these schools were founded. At girls schools the “ideal girl” is one who best represents the school’s image, ethos and traditions through her manners, philanthropy, eloquence and “school spirit”. Far from being neutral, these ideals are encoded with a conception of “ladylikeness” to which the girl child must conform to in mannerisms, speech, hair, dress, laughter, chatter, accent and gesture. Thus some schools forbid girls from eating in school uniform unless seated – it is considered unladylike.

Feminists have characterised this idealised feminity as a kind of “invisible corset”, a cultural conditioning of girls to make them well-behaved and apolitical. The tradition is not only about producing a decent teenager, which is fine, but celebrating ones who parrot that “ideal girl” image.

Of course all girls schools have evolved with the times; they want successful, high-performing women who can hold their own in the workplace and on the sports field. Thus they tend to simultaneously promote archaic (traditional) and modern (cutting edge) conceptions of womanhood. Teenagers can see through this contradiction and find it hypocritical.

Black girls in these schools not only see through the gendered contradiction, but see that the “ideal ladylikeness” in inherently a white imperial cultural construct that represents a superior attitude towards blackness and Africa. Thus they feel they are being made to “act white”, through accent and intonation, through girly-girl poise and many other daily micro-mannerisms (such as constantly tucking hair behind the ear as white kids do).

The choice for most black girls becomes quite stark – assimilate and become the ideal Victorian girl or challenge it in any way you can, be it through demanding African languages classes, to laughing extra loudly to annoy teachers or to outright protest.

What is certain is that many black girls will experience alienation knowing their very biological traits (hair etc), languages and political histories must be erased or subdued to produce the ideal girl at the heart of the school culture.

Going to these schools feels like a mission to be “civilised”, a continuation of the imperial objectives upon which these schools were founded.

Instead of recognising the psychological strain this puts black children under, some of these schools and their “loyalists” are using their “high performing” status to blackmail parents and government to accept that this is okay when it is not.

If they are really genuine about the well-being of girls and boys, they must begin to define their “ideal child” according to the many rich heritages of Africa as well as other continental contexts.