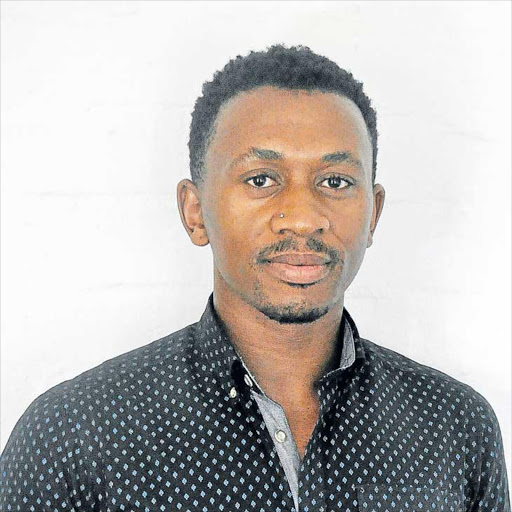 THIYANE DUDA
The Minister of Co-operative Governance and Traditional Affairs (Cogta), Des van Rooyen, and the director-general of traditional affairs, Professor Charles Nwaila, peddled this myth most recently on February 21 when they briefed the Cogta portfolio committee on the impact of the State of the Nation address.

This notion that traditional leaders own land is a misleading distortion that downplays the strong family-based ownership rights that exist in terms of customary law.

Most such land is registered in the name of the Government of South Africa and is subject to the underlying ownership rights of the families who have occupied and used it for generations.

Section 25(6) of the constitution clearly states that those whose rights to land are insecure because of past discriminatory laws and practices are entitled to security of tenure. Yet government has in contravention of section 25(9) failed to enact a law that gives effect to this right.

Currently, it seems the relevant government officials and departments who have the responsibility and power to clarify this issue are not yet ready or willing to do so; instead, they perpetuated the idea. The question then is why is government propagating this idea instead of disproving it?

Even the colonial and apartheid governments never went so far as to vest ownership of land in traditional leaders. Instead, most communal land was, and still is, held in trust by the state for the benefit of those who occupy and use it, not for traditional leaders.

Laws that sought to empower chiefs in service of the colonial and apartheid state, such as the Bantu Authorities Act of 1951, met with resistance by people on the ground. In some communities, chiefs who complied with the state were attacked.

The famous Mpondo revolts in the late 1950s and early 1960s were examples of such resistance. Mpondo people fiercely rebelled against chiefs who collaborated with the apartheid government in the implementation of the Bantu Authorities system, which empowered chiefs while it reduced popular participation.

The minister should know better than most that it is not the traditional leader’s job to allocate land for development. That is the right of the occupants, whose ownership is confirmed in the constitution and in at least one crucial post-apartheid law – the Interim Protection of Informal Land Rights Act of 1996.

This law was adopted to protect people living on communal land. It recognised informal customary land rights as property rights, providing that no one can be deprived of an informal land right without their consent, except by expropriation.

This law remains in force because of government’s failure to introduce a comprehensive law to deal with communal land. It is widely abrogated by traditional leaders, who sign mining deals without consulting those whose land rights are affected.

The notion that the land belongs to traditional leaders has proven to be extremely dangerous. It has rendered many rural communities across the country vulnerable to land rights deprivation and abuses by traditional leaders, government and private companies.

Believing they own the land, many traditional leaders charge community members fees for the allocation of plots and enter into deals with the private sector, such as mining companies, without the consent of the communities. Consequently many communities find themselves without access to their ancestral land, while others are forcibly removed from their land.

Furthermore, due to this notion only traditional leaders benefit when mining takes place on communal land. Communities get little more than polluted environments, respiratory-related health problems or destroyed homes.

In a letter responding to an Amandla! article that criticised its mining activity at Somkhele in KwaZulu-Natal, Tendele Coal Mining wrote “we do not compensate people for the land because it is owned by the King and managed by the Ingonyama Trust Board (ITB), to which we pay a surface lease”.

WoMIN responded to Tendele, pointing out that the land in question only vests in the Ingonyama (king) to be “administered on behalf” of members of communities.

Furthermore, the powers of the trust and the king are limited by the law, which requires that the land rights of individuals and communities be respected by the trust.

In addition, communities living on Ingonyama Trust land have strong protections in terms of the Interim Protection of Informal Land Rights Act.

While it is currently illegal for traditional leaders to act unilaterally, the Traditional and Khoi-San Leadership Bill (B23-2015) on which the portfolio committee on Cogta is currently conducting public hearings will make it legal.

Clause 24 of this Bill allows traditional councils to enter into deals with municipalities, government departments and “any other person, body or institution” without need to consult or attain the approval of community members as landowners.

This clause, along with another that allows discretional allocation of government roles to traditional structures, will worsen the current conditions in rural areas.

If this Bill is passed in its current form, it will make it impossible for the marginalised rural citizens to claim and defend their land rights from autocratic traditional leaders, government and private sector companies.

The Traditional and Khoi-San Leadership Bill demonstrates government’s lack of will to restore and defend land rights of rural citizens in communal land. Government is instead using legislation to indirectly reinforce and legalise the idea that communal land belongs to traditional leaders.

A member of the portfolio committee, David Matsepe, homed in on the problem. He said if the department asserts that traditional leaders own land and must release land for municipalities to develop, what legislation should they use to do this?

Matsepe’s question alludes to the fact that there remains a gap in the South African legislation. There is no law governing communal land since the Communal Land Rights Act was struck down by the Constitutional Court in 2010 as invalid on procedural grounds.

However, the Communal Land Rights Act was also problematic as it perpetuated the notion that traditional leaders own the land. This piece of legislation undermined the security of land tenure of people living on communal land by vesting all the decision-making powers regarding land, such as occupation, use and administration of communal land, in traditional councils to the exclusion of community members.

The Department of Rural Development and Land Reform is currently working on a new Communal Land Tenure Bill, which hopefully will return the ownership of land to the people.

However, Matsepe’s question was not addressed by the department. Instead, the committee proposed that the land question be shelved for a joint briefing with the minister and portfolio committee of rural development and land reform since there was insufficient time for a thorough and detailed discussion.

The committee acknowledged that the land question was one of the prominent issues raised by communities in the recent public hearings on the Traditional and Khoi-San Leadership Bill.

The conflicting views on ownership of land between traditional leaders and ordinary people confirm the desperate need for government to intervene and address this question as soon as possible.

However, it is concerning and does not inspire much hope that the department responsible for traditional affairs and the parliamentary committee that oversees it hold different views on this issue.

It is critical that these positions be reconciled and the proposed joint meeting with the Department of Rural Development and Land Reform is an opportunity for government to make it clear the land belongs to the people, not traditional leaders.

Thiyane Duda is a researcher with the Land and Accountability Research Centre in the Department of Public Law at the University of Cape Town.