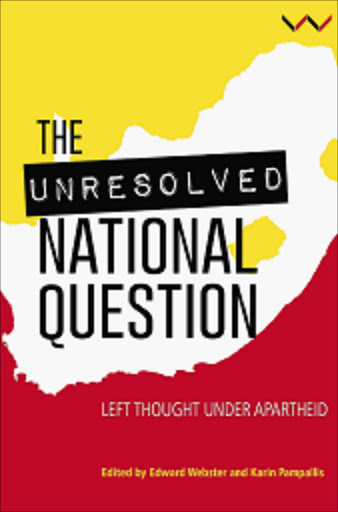 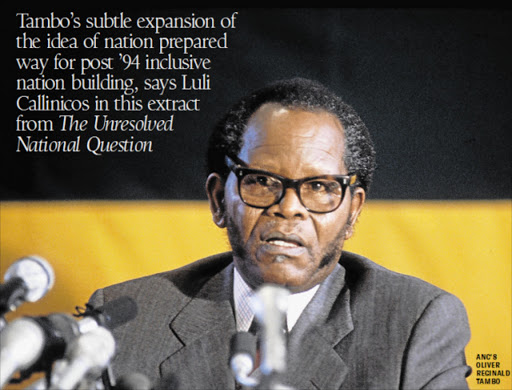 The explosive events initiated by school pupils in Soweto in 1976 resounded throughout the world and had a dramatic impact on the ANC in exile. Within months, events began to escalate. Thousands of fleeing students arrived at the offices of the PAC, MK and the ANC, clamouring to take up arms against the apartheid regime, or to call for liberated education.

At home, Umkhonto we Sizwe had developed a reputation based on the narratives of prisoners from Robben Island. As prisoners were beginning to be released after long sentences, organised support for the struggle was growing in the face of structural contradictions in the system.

The apartheid regime responded with a mixture of reform and repression. Every frontline state was bombed or invaded by the South African Defence Force, suffering civilian loss as well as ANC and PAC casualties. Dozens of cadres were assassinated.

MK camps were also directly attacked, and a conviction grew that heavy infiltration had occurred. Extreme anxiety gripped the intelligence unit and a clamour was raised, sometimes violently, by cadres demanding to return home to fight for freedom. A detention camp was set up, where severe torture took place to extract confessions.

When he began to apprehend the gravity of the problem, Oliver Tambo took careful steps in order not to split the movement asunder.

He put into place the protection of human rights. First, while directing the Stuart Commission to report on the dissatisfaction of cadres in the camps, he also ensured in 1982 that the ANC signed the Geneva Convention.

The move served to protect captured MK cadres as well as suspected informers apprehended in the MK camps and in ANC structures.

This was followed by Tambo’s initiation of an ANC Bill of Rights.

Concerned by emerging evidence of continuing abuses of dissidents in the MK detention camps, Tambo guided the ANC’s legal experts to provide protection for individuals and minorities.

This, commented the veteran Albie Sachs, legitimised human rights as an instrument that would protect everyone and would protect South Africans in future from abuse.

To ensure the ANC’s ownership of its commitment to human rights, Tambo initiated a long-overdue consultative conference in Kabwe, finally held on 16 June 1985.

There, the “National Question” was again foregrounded in all its dimensions of race, ethnicity and class. The turn to armed struggle had demanded a systematic reinvention of the public image of the movement, which had been incorporated into its MK structures.

However, the ANC was not able to extend membership fully at the consultative conference in 1969. The issue was resurrected formally in 1985 with the third full consultative ANC conference to take place in exile – the largest, most diverse and most representative of the exile movement.

A number of difficult and pressing issues were on the agenda, with prepared responses from branches around the world, one of which was the outstanding issue of a racially open membership.

Surprisingly, opposition to the motion came from seasoned members of the SACP, based on the sense that not everyone was ready to entertain such a move. In the end, the conference opened all membership, regardless of “race” and at every level of the organisation. The ANC was now formally a non-racial organisation, 25 years after the leadership first raised the possibility.

Tambo had never lost sight of an inclusive ANC whose members participated in defining its identity: “This is the wisdom that came from the National Executive committee in 1959: that we have to have regard for whether the masses of the people also understand correctly the need to go along with you. That is the only reason why the matter is coming up. We want to test opinion. In practice, the ANC has moved forward; it has not marked time” (interview with the author, 1985).

The elephant in the room within the movement, though, was an issue that engaged many ANC supporters around the world. How much influence did the SACP wield over the national organisation?

This question was put to Tambo by the Friedrich Ebert Stiftung, the social democrat institution of West Germany. They had avoided supporting the ANC over that very question until, in 1986, the funding organisation invited Tambo to visit Bonn.

“The ANC is not the Communist Party,” Tambo pointed out first of all. The SACP had its own position and the ANC its own identity, he explained, the latter guided by the Freedom Charter, which, he observed, was closer to a social democrat view of society and economy.

This was an argument he had made two decades earlier to the Scandinavians, who wholeheartedly put their trust in the ANC leadership.

The debate, therefore, was an old one. As the cold war in Africa intensified, however, emerging African states were fought over by Western capitalism and Soviet and Chinese communism.

The situation required immense skill and leadership from the ANC, whose armed struggle and equipment were funded by the Eastern bloc. Tambo’s steadfast emphasis on a united liberation movement was also demonstrated by his willingness to explore the tenets of the Marxist Workers’ Tendency (MWT), a small group of ANC members, left-wing interpreters of black consciousness and critics of the Soviet Union and the SACP.

In 1973, the scholar Martin Legassick accompanied Tambo and Mazisi Kunene on a fundraising trip to Scandinavia. During this period Tambo read Legassick’s paper, in which he argued that “ fusion of cultural, political and economic nationalism into a revolutionary program is still the revolutionary form, for South Africa’s form of capitalism based on racism”, a wrong “conflation,” Legassick observed later, “of national and class struggle into revolutionary nationalism”.

Tambo was fascinated, and wrote to Legassick asking for more of his work. “As it happens the matter of ‘race’ and ‘class’ in South Africa is very much with us at the moment”.

A decade later, the MWT’s provocative approach angered the NEC. Tambo opposed their expulsion, which nevertheless occurred in 1985. On principle, he was anxious to avoid a second damaging split in the ANC, although the MWT was less influential than the “Gang of Eight” had been in 1975.

Tambo was outvoted on this issue.

Tambo’s invitation to the South African business community shortly after the Kabwe conference is another indication of his inclusive approach. To left-wing critics, dialogue with big business was going too far.

He replied that they were South Africans, too, and that it was pointless talking only to the converted.

One of the representatives of that group was the tycoon Tony Bloom, who was deeply impressed by Tambo’s response to his somewhat anxious query on whether the ANC would nationalise businesses.

“Oh, that depends,” responded Tambo, “on what the people decide during elections.”

Steven Ellis’s portrayal of Tambo as “weak” and Breyten Breytenbach’s labelling him as a “useful idiot” for the communists betray a rudimentary lack of understanding of the collective nature of the ANC – in a different way from the collectivism of the less flexible Comintern – and the more profoundly interactive, ongoing nature of consensus decision-making.

Like Chief Albert Luthuli, Tambo’s sophisticated and subtle process of drawing in diverse opponents who shared the common objective of defeating apartheid was more nuanced, strategic and process-driven by humanism rather than by dogma.

Tambo’s steadily widening concept of the nation reveals how, in the process, his pragmatism and nuanced style of consensus decision-making, even in the face of the SACP’s powerful democratic centralism, prepared the way.

Tambo’s use of indigenous skills in the pursuit of an all-embracing democracy has not been sufficiently acknowledged by historians, and in contemporary South African politics, where rural tradition still sits uneasily side by side with other forms of decision-making and modern democracy.

The tensions that underlay Tambo’s commitment to an holistic and inclusive nationalism remained, and were to re-emerge from time to time in post-apartheid South Africa.

But the legacy of Oliver Tambo continues to be evoked; by drawing on the skills of his homestead culture, tried and tested over the centuries, he demonstrated that a cooperative, inclusive culture resulted in strengthening the social relations of the community and, by sharing resources, keeping it together.

Tambo is widely credited with the remarkable and perhaps unique feat among exiled liberation movements, of holding the ANC together during its 30 years in exile.

He can be best understood when one takes into account that unity was his bottom line, an essential component in the push for liberation.

By embedding indigeneity – a neglected and under-explored aspect of the National Question – into his syncretic style, Tambo was able, subtly and incrementally, to expand his notion of the nation and to prepare a post-apartheid South Africa for the task of inclusive nation building for democracy.