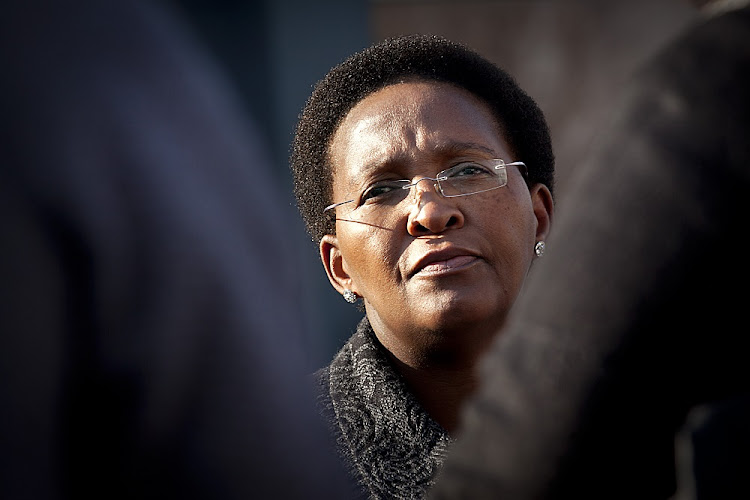 Faith Mazibuko believes there is no place for white and Indian women in government, yet her party is all too glad to accept white votes.
Image: DANIEL BORN

Last week our country was exposed to two more episodes of ANC arrogance. As elections loom, it is clear the party does not care how voters feel.

In the first episode, Gauteng's MEC for sports and recreation, Faith Mazibuko, was heard in an audio recording hurling insults at senior managers of her department.

The most worrying part of the whole madness is that Mazibuko instructs the officials to disregard the law to help the ANC election drive.

That taxpayers' money is used deliberately by mentally unbalanced politicians to campaign for a political party is distasteful in the extreme. Essentially, our money is being used to dupe us.

Mazibuko did not stop there. She went further to insult white and Indian women, treating them as second-class citizens who occupy positions in the government thanks to the benevolence of insane black politicians.

Clearly Mazibuko does not believe in the Freedom Charter, which says: "SA belongs to all who live in it."

If Mazibuko were to write her own Freedom Charter, it would probably read as follows: "SA belongs to all who live in it, except white and Indian women."

Since they also speak English and Afrikaans, coloured women, too, would not make it into Mazibuko's racist Freedom Charter? That Mazibuko has not been fired speaks volumes.

The second episode of ANC arrogance came through the list of election candidates the party has submitted to the Independent Electoral Commission.

It includes such discredited characters as Bathabile Dlamini, Malusi Gigaba, Mosebenzi Zwane, Nomvula Mokonyane and others.

Some of these people are liars, declared so by our courts. Others have been implicated in corruption and money laundering at the Zondo commission, and
they have not attempted to clear their names.

What greater indicator of party arrogance would any thinking human being need? We are treated as if we have no choice but to vote rogues because they wear the same colours that Nelson Mandela used to wear. In short, we are treated like idiots.

All this wears the mask of a man who has charmed his way into the hearts of many unsuspecting South Africans - Cyril Ramaphosa.

Buffalo City Metro (BCM) ANC Ward 20 councillor Ntombizodwa Gamnca was found guilty of charges of robbery and intimidation and slapped with a R10,000 ...
News
3 years ago

It is like a gang of bank robbers using the mask of a known priest to conceal a daring robbery.

Even as Mazibuko continues to insult us, we are expected to feel better because she does it standing behind Ramaphosa "the priest".

The irony is that the Mazibuko episode broke out hardly a week after the ANC's internal poll reportedly found that the party is set to attract more white voters due to the Ramaphosa factor.

We must now thank Mazibuko for making it known that, even as the ANC is happy to attract white voters, the comrades who run Gauteng do not want white women in their departments.

The bitter truth is that, other than screaming, Mazibuko does not know how to run a factory, let alone set it up. If SA were to follow her racist logic, millions of black people working in white-owned factories would starve, and Mazibuko would be nowhere to feed them.

Even in an election season, we must remind the ANC that its actions contribute to destroying our society.

If you give us rogue candidates, we take it that you want to build a society of rogues.

If you let people like Mazibuko go unpunished, we conclude that their arrogance is ANC arrogance. Mandela, where are you to help us?