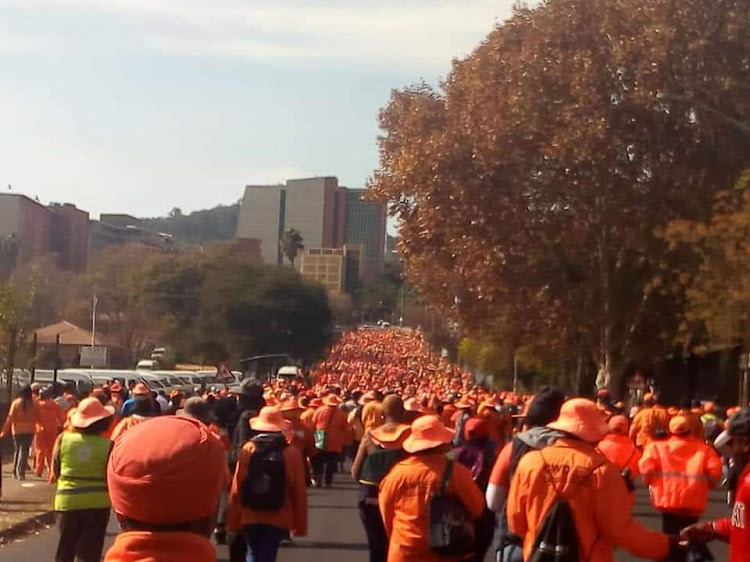 Government’s R4bn-a-year Community Work Programme (CWP) is intended to be a “job safety net” for unemployed people. It was formulated as a grassroots intervention that would pay unemployed adults for work that improves local communities and allows them to earn some cash while they search for more secure employment.

The programme is funded by the national department of co-operative governance & traditional affairs (Cogta) and run by 11 non-profit organisations who are the implementing agents for the CWP  in scores of municipalities across the country.

While there is room for doubt about the efficacy of such a programme, the intention is positive. However for some time it has been apparent that all is not well with the programme as highlighted by several protests by workers.

Now an investigation by amaBhungane and the Daily Dispatch has uncovered cause for serious concern about the CWP.

Our journalists discovered that some of those tasked with implementing the programme in many of the country’s most needy communities have been benefiting irregularly at the expense of the poor, local small businesses and, of course, the taxpayer.

With a budget of R689m this year, the Eastern Cape has the largest CWP in the country. Our probe found shocking evidence that an implementing agent, the Southern African Youth Movement (Saym), had  awarded contracts to companies run by staff and their family members, while local suppliers were ignored and CWP workers went without tools, and even shoes. When we visited sites, a number of workers employed by the programme said they had been intimidated by the organisation's officials and warned not to protest about their shoddy protective clothing and the lack of adequate tools.

AmaBhungane found in Cogta’s records that at least 10 contracts worth R13.6m were awarded to companies run by Saym staff, their business partners and apparent relatives.

The cynicism of this conduct is astonishing even in a province long accustomed to officials hell-bent on ensuring their noses remain buried deep in the trough.

Belatedly an independent forensic probe into some of the allegations of irregularities is under way at the behest of Cogta. This is a step in the right direction but we urge the authorities to act with greater urgency to root out corruption in the programme.

In the words of one unsuccessful bidder for a CWP contract: “They’re robbing the Eastern Cape”.

Facing an avalanche of allegations, the co-operative governance department has quietly launched a forensic investigation
News
2 years ago

Hundreds of Community Work Programme (CWP) workers in the Eastern Cape have not been provided adequate protective clothing. Many are clad in sandals ...
News
2 years ago

In 2017, the department of co-operative governance and traditional affairs (Cogta) was well aware of allegations concerning its R4-billion-a-year ...
News
2 years ago