At least 10 on Japan cruise ship have new coronavirus 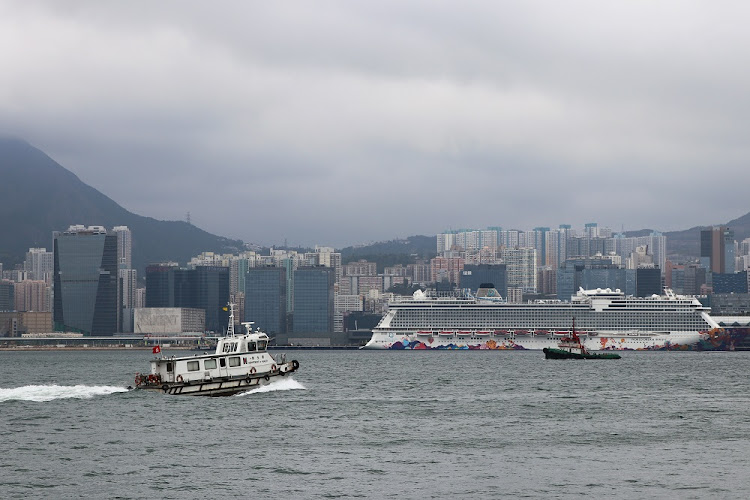 At least 10 people on a cruise ship quarantined off the coast of Japan have tested positive for the new coronavirus, Japan's health minister said on Wednesday.

Japan quarantined the vessel carrying 3,711 people and began testing those on board for the virus after a former passenger who disembarked in Hong Kong was diagnosed with the illness.

Meanwhile, hundreds of travellers on board a cruise ship that docked in Hong Kong on Wednesday will be allowed to leave the vessel after health checks, the operator said, despite three recent passengers testing positive for coronavirus.

More than 20 countries have confirmed cases of the virus, which has killed nearly 500 people and infected more than 24,000 in mainland China.

The outbreak has prompted the World Health Organization to declare a global health emergency, several governments to impose travel restrictions, and airlines to suspend flights to and from China.

Japan's Health Minister Katsunobu Kato told reporters that specimens were collected from 273 people on board the Diamond Princess, which arrived in Yokohama Bay on Monday.

So far, the results of 31 tests are available, with 10 confirmed to have the virus, he said.

The 10 who tested positive were removed from the vessel in the early morning and sent to medical facilities, the minister added.

The rest of the passengers and crew on board the ship will be required to stay on the vessel for 14 days, Kato said, citing the medical consensus that the new virus has an incubation period of up to two weeks.

"We ask people on board to behave in a way to avoid infection while we continue the quarantine process," Kato said.

The cruise operator said around half the passengers on board the ship are Japanese, with the rest from elsewhere, though there were no immediate details on their nationalities.

In a statement, Carnival-owned Princess Cruises confirmed the ship would be in quarantine for two weeks and said its planned eight-day round trip had been cancelled.

It said the ship would move further out to sea "to perform normal marine operations" including freshwater production, before returning close to Yokohama, "where food, provisions and other supplies will be brought onboard".

Two more Diamond Princess departures from Yokohama, scheduled for February 4 and 12, had now been cancelled, it added.

Japan has now confirmed 23 cases of the new coronavirus excluding the cruise ship infections, among them citizens returning from Wuhan, the Chinese city at the centre of the outbreak.

There have also been several incidences of apparent person-to-person transmission in Japan, including a tour guide and bus driver who contracted the virus after coming into contact with visitors from Wuhan.

Neither had visited China in recent months.

Japan has fast-tracked implementation of new rules allowing it to deny entry to people who have recently travelled to Wuhan, or those with Chinese passports issued there.

By Monday, it had denied entry to 11 people under the new rules which came into effect over the weekend.

The chief executive officer of the Tokyo Olympics admitted Wednesday that organisers are "extremely worried" about the possible effect of the deadly ...
News
1 week ago

Tokyo has also evacuated more than 500 Japanese citizens from Wuhan, and attracted some criticism for its relatively loose quarantine approach.

Those returning were asked to voluntarily submit to testing for the new virus and requested to "self-quarantine", rather than being forcibly isolated as other countries did with their citizens.

Two returning Japanese citizens initially refused to be tested at all, though they later changed their mind.

Japanese officials say the current designation of the virus does not allow for either forcible quarantine of those not diagnosed with the virus, nor mandatory testing for those suspected to have it.

A fourth evacuation flight is being organised, with discussions under way to allow non-Japanese with ties to Japan, including Chinese spouses of Japanese citizens, to board the plane.