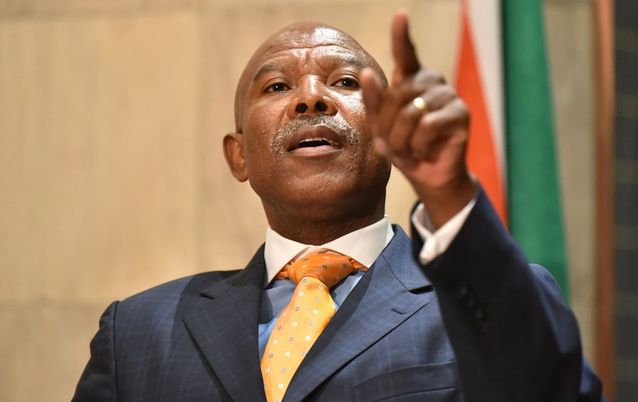 All in good measure The Reserve Bank’s leadership under governor Lesetja Kganyago has attracted criticism for its reluctance to cut interest rates. But their prudence of the past few years has given them the space to act against the Covid-19 crisis.
Image: Trevor Samson/BusinessLIVE

It was a tale of two press conferences on Tuesday morning. First, a swift, sharp interest cut by the SA Reserve Bank, smoothly communicated via Zoom; then a shambolic telephonic media briefing by finance minister Tito Mboweni and the Treasury, who seemed to have little to say that was new.

The government’s health response to the coronavirus crisis has been remarkable in its boldness – as Capitec CEO Gerrie Fourie reminded us on Tuesday, SA was the only country to go into lockdown before there was a single death from the virus. But government’s macro-economic policy response has been much less decisive, with little so far other than a useful but modest R15bn package of tax measures. Mboweni promises that a special cabinet meeting on Wednesday will make some key decisions. So we wait.

By contrast, the Reserve Bank has rapidly deployed all the weapons in its policy arsenal to combat the crisis. Tuesday’s 100 basis point interest cut was the second 100 basis point cut in less than a month. It brings the benchmark repo rate down to a record low of 4.25%.

It will in coming months bring relief to many indebted businesses and households – especially on top of the willingness that banks have shown to assist customers to manage their debt during the lockdown.

The Bank brought forward its May meeting to Tuesday, and cut interest rates for the third time in 2020
News
1 year ago

The Bank has supported the banks’ initiative by lightening regulatory requirements to enable them to give payment holidays and restructure customers’ debt without being penalised. Since its previous monetary policy committee meeting in March it has also intervened in tumultuous financial markets to keep these markets functioning, providing liquidity to the bond market in particular.

It has, in other words, used its monetary policy tools as well as its banking regulation and financial markets tools to response rapidly to the crisis – culminating in Tuesday morning’s surprise 100 basis point interest rate cut.

The Bank’s leadership is normally very cautious and measured and under governor Lesetja Kganyago has attracted criticism from some quarters for its reluctance to cut interest rates. As the coronavirus crisis has shown though, he and his team are swift to act when they need to do so – and their prudence of the past few years has given them the space to act.

But what prompted the Bank’s monetary policy committee to jump into action again so soon after its previous meeting on March 19? It’s a measure of just how dramatically SA has changed since then, and how much more steeply its economic fortunes have plummeted.

It’s a measure of just how dramatically SA has changed since then, and how much more steeply its economic fortunes have plummeted.

Just three weeks ago at its last MPC meeting the Bank was still forecasting positive, if minimal economic growth of 0.2%. But that was before the first lockdown was declared and subsequently extended. Now, the Bank has cut its forecast to a negative 6.1% – which is multiples worse than the minus 1.5% economic contraction SA saw during the global financial crisis a decade ago. The Bank wouldn’t put numbers to unemployment but it expects that at least a million jobs will be lost this year.

As the Bank has so frequently reminded us, its primary mandate is to control inflation – to “maintain price stability in the interests of balanced and sustainable growth”, as the constitution puts it. (It is limited in how much it can do to rescue SA from structurally low growth and high unemployment.) But the latest interest rate cuts have been amply justified by the lower inflation trajectory that it sees. The lockdown and the economy’s massively sharp swing into recession will themselves help to moderate inflation pressures – because demand will be so low that businesses will not be able to raise prices even if they wanted to. And even though the rand is now 17% weaker than it was just three weeks ago, low growth and low demand also mean the currency’s crash is not expected to pass through to inflation to any great extent.

Added to that is the crash in the global oil price, to $31 a barrel, and the Bank expects it to average no more than $42 this year, despite the recent Opec accord to cut supply. The resulting decline in SA’s petrol and diesel prices will also put downward pressure on inflation, despite the weaker rand.

However, as inflation rises and economic growth next year improves – to a forecast positive 2.2% – it is possible the Reserve Bank might look to raise rates again. Equally, however, it has shown decisively that if things get still worse, it won’t wait to take further action.