Masters of graft will be eyeing stimulus package 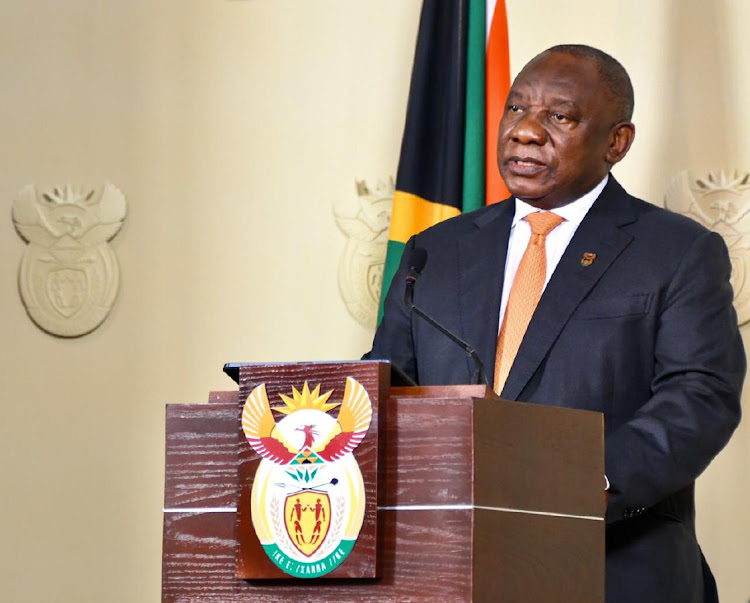 There was considerable excitement over President Cyril Ramaphosa’s announcement of a R500bn stimulus package to mitigate the damaging effects of the Covid-19 pandemic.

Surely the masters of graft, corruption and rent seeking were similarly excited by this. Considering that vast patronage, graft and corruption networks remain largely intact, there is much reason for concern.

“We are going to keep a hawk’s eye on how the money is going to be spent,” Ramaphosa said, addressing this concern.

“I spoke to the auditor-general [Kimi Makwetu on Thursday]. I said, ‘auditor-general, we need to put in place systems, on a proactive basis, to prevent the abuse of resources that we are putting in place, so that money doesn’t end up in people’s pockets’,” the president said.

It was somewhat comforting that the president at least considered that his government was largely an old bucket riddled with holes. It can hardly carry any water.

However, that some thought went into this state of affairs and how this can be countered offers comfort. The president’s approach of proactively preventing the theft of these funds seems to be a departure from how things were done in the past. Let us hope this is the “new way” going forward.

“Like, for instance, with food parcels, we abhor the fact that there have been stories and allegations that some of these have ended up in people’s pockets, that councillors have been abusing that,” Ramaphosa said.

“We want to stamp that out from the onset; we are taking proactive steps to ensure that it doesn’t happen.”

Considering we are still sitting with the unfinished business of wholesale theft and corruption associated with state capture, it was good of the president to address this directly. This reprimand must include those crooks who are involved in giving our people foodstuffs which are unfit for human consumption.

The next thing to do is to bring them to book quickly and ensure these types of offences are not tolerated, especially at a difficult time like this.

Imagine my excitement when Makwetu responded to the president’s call in his article published in the Sunday Times recently. Makwetu accepted the call with enthusiasm, indicating the readiness of his office to deploy teams to oversee government spending on the R500bn announced.

“Deployment of such a multidisciplinary team is possible within days, either as an essential service or as soon as lockdown restrictions are eased, to focus on the most pressing risk management challenges as identified by the national command council and the government,” Makwetu wrote.

“To facilitate feedback to the government on a basis as close as possible, it would be ideal to handle such an assignment in phases linked to payment patterns and cycles.”

This is exciting — seldom do we witness such a specific commitment between government and the auditor-general’s office.

The beauty of it is that it is a commitment that cannot be retracted considering the two offices involved — the presidency and the auditor-general’s office. One thing about Makwetu is that he is a man who is not easily intimidated.

Law enforcement must come to the party, not so much with displays of machismo but with the finesse required to bring criminals to a successful prosecution

Instead, over the years, he has been a voice of reason, cautioning and prompting until he got tired of it and moved for his office to be given some teeth.

Now his office can refer cases for further investigation and take action to recoup siphoned or irregularly spent funds. These are not the actions of an easily intimidated man.

However, our government has to fall in line behind the president in its entirety. Law enforcement must come to the party, not so much with displays of machismo but with the finesse required to bring criminals to a successful prosecution. We are aware of the disturbing trend of the intimidation of auditors which the auditor-general alluded to. He reported this to the Parliamentary Standing Committee on the Auditor-General in December 2019.

“In some cases, people say to the auditor: ‘You know your findings will cost us our bonuses.’ People try their luck and offer bribes, but our auditors strictly adhere to the code of conduct and report it to us,” Makwetu said.

This is unacceptable. These are the culprits  law enforcement must take down — not just young guys loitering during the lockdown.