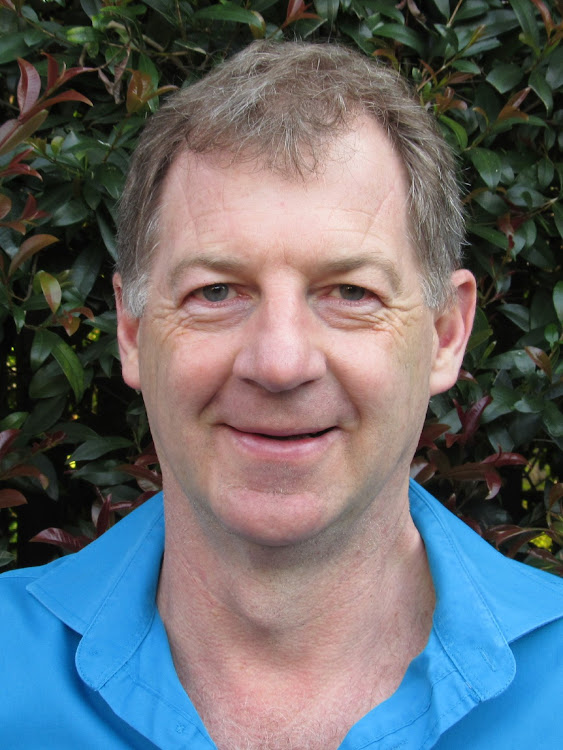 The Covid-19 pandemic has highlighted the value of each human life, and the message from our leaders is that lives must be saved through urgent and radical action. For that reason, they took unprecedented steps,  commensurate with the threat to human life but hugely damaging to the economy,  to reduce the spread of the coronavirus.

One of the few positive “side-effects” of the level 5 and level 4 lockdowns and associated restrictions was that they also resulted in reductions of over 60% in contact crimes such as murder, rape and assault.

These dramatic declines have led to intense debate about how much was due to restrictions on movement and how much was due to the ban on alcohol. The impact on reported domestic violence provides us with some insight. In most countries, the number of cases of violence in the home increased during their periods of lockdown, but the opposite happened in SA.

SA is one of very few countries to have implemented a total ban on alcohol sales in response to the pandemic. This realised   a 70% drop in reported cases of domestic violence during the hard lockdown of levels 5 and 4. The number of women seeking assistance at Thuthuzela Centres — those desperate enough to seek help despite incurring their partners’ wrath — also decreased by 50% during this period.  If the decreases were related to an inability to report incidents as women were shut indoors and unable to report abuse, one would have expected similar findings across the world.

It is likely that the severity of SA’s confinement did contribute to intimate partner violence to some extent, but that this effect was masked by the dramatic impact of the alcohol ban, which worked in the opposite direction.

The Restaurant Association of SA has sent trade and industry minister Ebrahim Patel a lawyer's letter demanding to know why alcohol cannot be sold to ...
News
2 years ago

In his address to the nation on June 17 President Cyril Ramaphosa stated that “we will also need to look at further, more drastic measures to curb the abuse of alcohol”. This was  in light of the unbridled violence against women and children associated with the easing of restrictions.

Fortunately, the most immediate and effective measures that we can implement do not need to be drastic. We know that extreme legal actions such as a permanent prohibition of alcohol would just result in the growth of illegal brewing and smuggling — although it certainly makes sense to continue to curb the sale of alcohol until the peak of Covid-19 has passed. There are a number of measures that the World Health Organisation has identified as “best buys” which are highly cost-effective, feasible and implementable at low cost. These are not drastic measures. On the contrary, these actions make both economic and social sense, will have few unintended consequences and need to be implemented as a matter of urgency. They include:

Some may argue that placing so much emphasis on the effect of alcohol somehow lessens the culpability of men, and that we should focus on the way men think and act. Similarly, it could be argued that alcohol abuse is just the symptom of the same set of social and environmental factors that lead to male aggression.

It is all of these factors together, and pretending it is just one or the other provides excuses for men who behave badly, for the alcohol industry to shift blame, and for government — which has yet to put in place effective measures to curb gender-based violence (GBV) and excessive alcohol consumption. 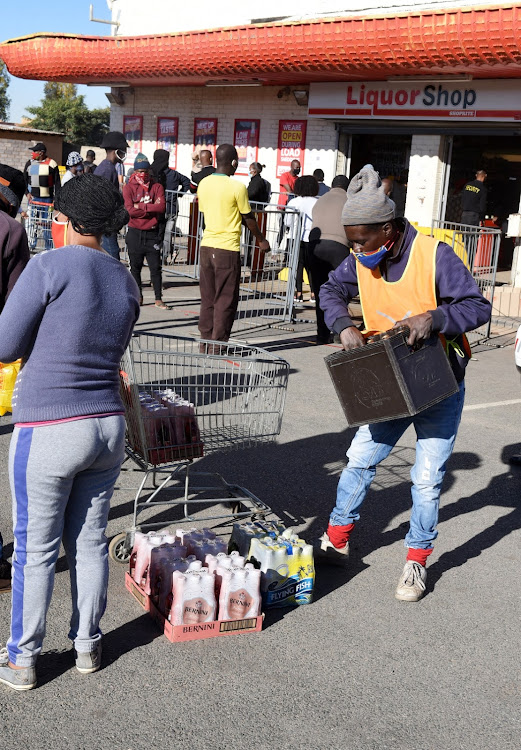 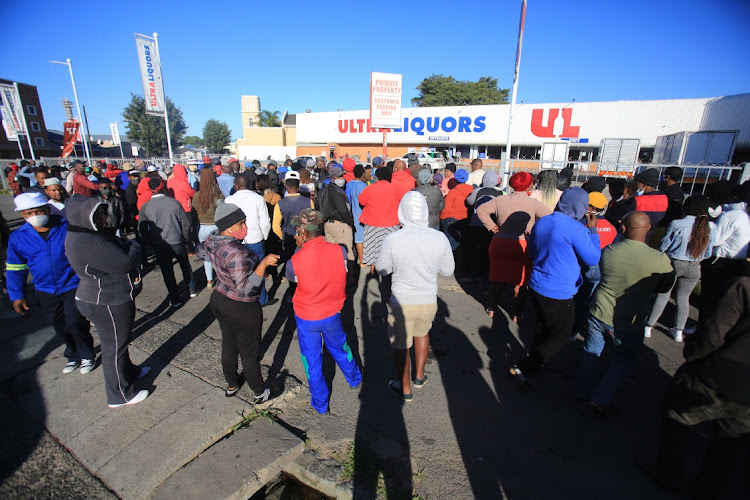 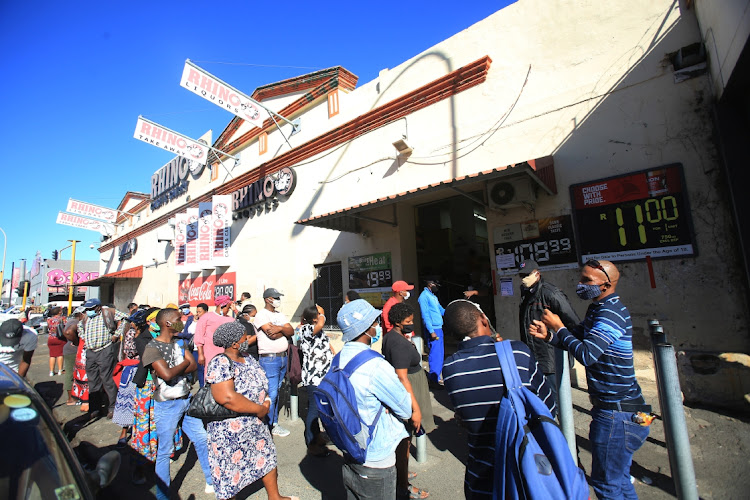 Men’s attitudes and the circumstances in which they live play out in the way they treat women. When men feel both entitled and inadequate, and when their personalities are brittle and impulsive, then alcohol pushes them over the edge.

If we are going to get to the root of GBV, we must confront all of these factors. Bumb’ingomso is a large-scale programme in Buffalo City Metro, now extending into Amathole District Municipality. Much of its work is aimed directly at girls and young women, aimed at protecting them from the risks of GBV, unwanted teen pregnancies and HIV infection. It has now been operating for four years, and it is wonderful to see young women taking ownership of their lives and moulding their futures. But its toughest and most depressing insight is that men’s attitudes and behaviours are extremely hard to change because they are already deeply entrenched by mid-adolescence.

As a result, Bumb’ingomso has designed a new programme focused on transforming gender norms and attitudes among younger boys and girls in the hope that they will be sustained as they grow older. It’s a long-term agenda that must start now, but will take a decade or more to show an impact in terms of adult behaviour and rates of HIV infection. At the same time, girls and women are being abused and raped now, and we must respond immediately by intensifying our intolerance of GBV and improve the policing and justice systems.  Even as we seek to address its deep-seated roots, we must home in on the most immediate risk factor for violence against women and children, namely binge-drinking.

About half of SA drinkers binge-drink, defined as alcohol consumption in heavy, episodic ways (more than five units in any one day). Binge-drinking results in intoxication that leads to disinhibition and some of the worst human behaviours imaginable. Binge-drinking is a strong proximate risk factor for violence against women and children, and a notable contributor to intimate femicide. About 50-60% of SA men who drink alcohol, drink in heavy, episodic ways (above five units at one time). Alcohol is an acknowledged factor in the perpetration of more than 40% of rapes, and binge-drinking is strongly associated with interpersonal violence, motor vehicle accidents and risk-taking behaviour. These associations are even stronger in poorer communities than wealthier ones, probably because of a sense of social and economic marginalisation and the lack of opportunity and other forms of recreation.

The “best-buy” measures described above have been shown to significantly reduce the societal harm of excessive alcohol consumption and should be supported by other interventions shown to be effective, including raising the legal drinking age to 19 years and enforcing public drinking bylaws. We also need to ensure that product tracking and tracing is in place to close the supply routes to illegal vendors.

The alcohol industry will point to its contribution to GDP of about 3% per year, benefiting the local economy through jobs and the value of its exports. However, this contribution does not take into account its costs to society and the economy. Alcohol causes the deaths of about 62,000 South Africans every year. That is about 1½ times the upper limit of 40,000 projected deaths from Covid-19 in SA  this year.

When the direct costs of alcohol-related crime and injuries are factored in, the net economic benefit of the industry is halved (to about 1.5% of GDP). When alcohol-related premature morbidity and mortality are taken into account, the net contribution is negative. In other words, the alcohol industry costs the country more than it contributes to the economy. These costs stem largely from excessive drinking that is not sufficiently curbed by existing legislation and policy, coupled with ineffective enforcement of measures that are in place.

But of course, reducing the benefit and harm of alcohol to economic terms alone masks the devastating effect on the lives of families and individuals harmed through the abuse of alcohol. The liquor industry and lobby groups will point to the freedoms and rights of individuals, and there is merit to that argument. This is a critical consideration, but it is the role of government to ensure that the freedoms and rights of certain individuals or one part of society is not protected or promoted to the detriment of another.

While social drinkers may feel that price increases and other restrictions are unfair on them, it is time to face up to what “unfair” really means for women and children.

None of the interventions spelt out above are intended to restrict responsible alcohol use and social drinking. They are aimed at curbing the harm of excessive drinking. We can no longer allow poorer people, and women and children in particular, to bear most of the costs of alcohol abuse while the liquor industry picks up the profits.

Dr David Harrison is the CEO of the DG Murray Trust, which co-ordinates the Bumb’ingomso HIV prevention programme in Buffalo City Metro and Amathole District Municipality.