ANC and those who voted for it aren’t victims. They chose the mess SA is in 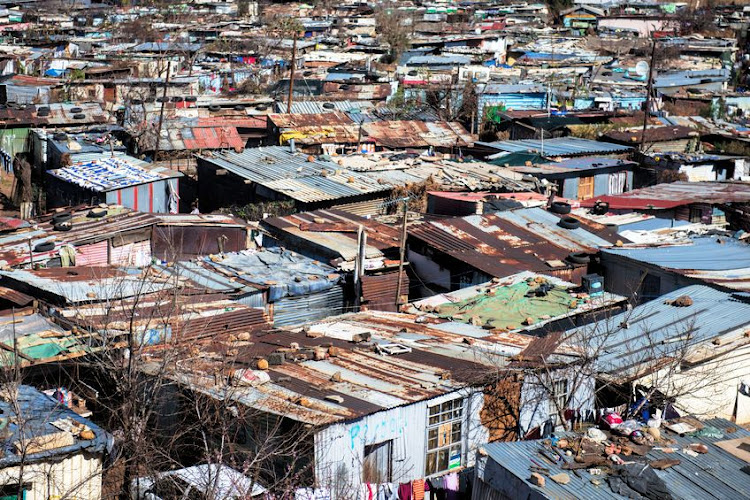 Broken promises We have rising Covid-19 cases because we failed to give our people decent housing, and have condemned them to the indignity of 'informal housing'.
Image: 123RF/Jager

Who is to blame for the disaster that is SA Inc for the past 12 years? In its presentation on rebuilding the SA economy, released last week, the new umbrella body for SA businesses said that in the past 10 years we had “stumbled”. It said foreign direct investment had declined, national debt had soared, ratings had plummeted and unemployment and inequality continued to rise.

From the way we debate all this, you would be forgiven for thinking that something had “happened to us” in the period since December 2007. If you scraped the niceties aside you would realise that we are essentially saying that President Jacob Zuma and his kleptocratic cronies “happened” to us and we went from a fast-rising country into a downward spiral.

That’s rubbish. We chose the nonsense. The ANC chose this nonsense. We South Africans aided and abetted it by voting for the ANC. Now we are paying the price.

Back in the early 1990s the ANC emerged from exile after 30 years of armed struggle, mass mobilisation, imprisonment and the Cold War. Those of us who enjoyed such things were told by everyone from Joe Slovo to Tito Mboweni to Cyril Ramaphosa that our people would take over the “commanding heights of the economy” and would build a socialist nirvana on the southern tip of Africa. By 1994, after listening to its own comrades from Accra to Zanzibar, the ANC knew that such a thing would be folly. Even if you thought that socialist economics were the way, the time and place were just not right.

The ANC chose to follow what its leader at the time, Nelson Mandela, liked to refer to as a “mixed economy”. In everything it did, the ANC chose to strike a balance between its socialist yearnings and post-Cold War capitalist realities. The ANC was not a victim. It was not a defeated partner in some sort of unequal relationship. It made choices and it stuck with them.

So I am not going to be mean or stingy in my praise for what Mandela, Thabo Mbeki and Trevor Manuel achieved on the economic front in the period from 1994 to 2008. Mbeki bravely chose to tell the trade unions that they were wrong in their doctrinaire pronouncements on the economy to the extent of saying they could walk out of the tripartite alliance if they felt the marriage to the ANC was unpalatable. He was brave enough to tell business leaders that they were over-playing the “political risks” in SA despite what the ANC was achieving.

The coronavirus and its devastation of SA is a chance to reflect on our own rush to blame others for our own complicity in what happens to us.

In December 2007, at its Polokwane conference, ANC members chose – mark my word here, I am saying “chose” – to elect a distinctly unqualified, underwhelming, compromised individual and much of his ilk to the top leadership of the party. They knew what Jacob Zuma was: an ignoramus on the economy, a man kept by his benefactor Schabir Shaik and very susceptible to picking up the crumbs falling from the tables of corrupt people. This was not an act of fate, but of choice. The ANC was not a victim. It was an actor.

The choices that the ANC made led to the pickle that we find ourselves in today. The destruction of our institutions of accountability, the looting of state-owned enterprises and the collapse of the economy are not events that just “happened” to us. The ANC consciously made terrible choices. The people of SA made even more terrible choices, particularly in the 2014 election when all the shortcomings of the ANC were there for all to see. Yet, the people chose the ANC. They are not victims. They chose.

The coronavirus happened to us. It is not our fault that it happened although we could all do more to help stem its spread. The coronavirus and its devastation of SA is, however, a chance to reflect on our own rush to blame others for our own complicity in what happens to us – and to perhaps make better choices.

The virus has exposed us. We have no hospital beds because in places like the Eastern Cape we allowed the ANC to destroy the public healthcare system. We have rising Covid-19 cases because we failed to give our people decent housing, and have condemned them to the indignity of “informal housing”. We are sitting in the dark without electricity as icy conditions grip SA because even as Eskom collapsed we still gave the ANC and its corrupt leaders a free pass. We are failing because we have made some very bad choices in the past.

Humanity, and countries, get dealt a bad hand sometimes. Covid-19 is an example of a really bad hand for humanity. That’s life. That’s fate.

SA has, however, had a chance to fix itself many times in the past 26 years. It has failed, particularly in the past 10 years. That’s a choice. Change your choices and you have a chance at a better life.