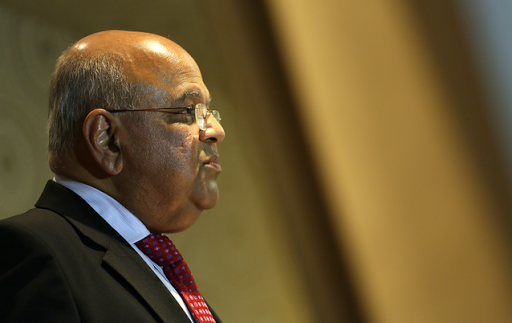 We have seen this movie before. And this is probably not the last time we will write an editorial asking what public enterprises minister Pravin Gordhan is up to now.

And the victims of this never ending farce will be the country and its long-suffering population.

The last time we asked the question was late in April, when the department issued a statement saying that it had rejected a wind-down plan for SAA by its business rescue practitioners and that the minister had started a parallel process that would result in the establishment of a new airline.

We knew it was smoke and mirrors and it wasn’t long before the department and the unions were at each other’s throats, once it became clear that the promises made to the latter couldn’t be honoured. From an almost certain death a few months ago after the government refused to provide any additional funding for the business rescue of the failed airline, the process dragged on until the supposed  end game this week.

Public enterprises minister Pravin Gordhan has tossed the SAA problem to finance minister Tito Mboweni, who has been asked to commit the ...
News
1 year ago

With creditors having finally agreed to endorse a plan, Gordhan has now passed the buck — literally — to finance minister Tito Mboweni, who again will be called on to decide whether to commit the government to a minimum R10.1bn. This is just to cover immediate costs for getting the airline running again, paying existing liabilities and retrenchment costs. Heavy trading losses are pencilled in for the three years to come without any notion of who will cover them.

Gordhan isn’t taking no for an answer. Less than a month ago Mboweni unveiled a supplementary budget that made no allocation for SAA. Rightly so.

With some estimating that 3-million workers have lost their jobs in the Covid-19 disaster and with the government needing to fund a R300bn revenue shortfall that’s likely to get even bigger after the alcohol ban announced over the weekend, finding more money for SAA is a waste of resources.

And then on Thursday, the department of public enterprises issued a statement giving the impression that the Treasury had made a U-turn and agreed to provide funding for SAA. But if you read the statement closely enough, you realise it’s subterfuge.

Less than half of ministers confirm salary cuts

Three months after President Cyril Ramaphosa announced that he and his cabinet would take a pay cut and donate the funds to help with Covid-19 ...
News
1 year ago

Despite the impression that has been created for the public, a closer reading clearly shows that the Treasury hasn’t agreed to write such a cheque. The Treasury, it says, had made a commitment that “the government will support and source funding” for a rescue plan for SAA.

It’s imperative for Mboweni, who famously argued for SAA to be closed and said he wouldn’t put his own money on it, to come out and tell the country what he agreed to. According to the public enterprises department, he was a signatory to a statement that commits “the government to mobilise funding for the short-, medium- and long-term requirements to create a viable and sustainable national flag carrier”.

We won’t be the only ones to notice that a seemingly joint statement was issued only by public enterprises, apparently speaking on behalf of the Treasury.

If the government has indeed agreed to pour another R10bn into SAA, and whatever the “long-term” requirements end up amounting to, it will be a massive blow to the country’s credibility as it seeks to raise funding from international bodies such as the IMF. A commitment to fund SAA will clearly constitute a deviation from Mboweni’s latest budget and  won’t go down well.

And then there is the moral argument, one Mboweni has more than once made, contrasting the never ending appetite to throw money at SAA, which carries the wealthy, while trains and taxis that serve the working classes remain underfunded.

It was just under a month ago that the department of transport was feigning amazement that the taxi industry, the “largest mover of our people”, was planning a shutdown to protest at being given a mere R1.135bn  as relief support.

“We literally had to scrape the bottom of the barrel to reach this amount,” the transport department complained. Yet, there is always money for SAA. From a distance, it looks like cabinet is a lonely place for Mboweni. He mustn’t lose this battle.