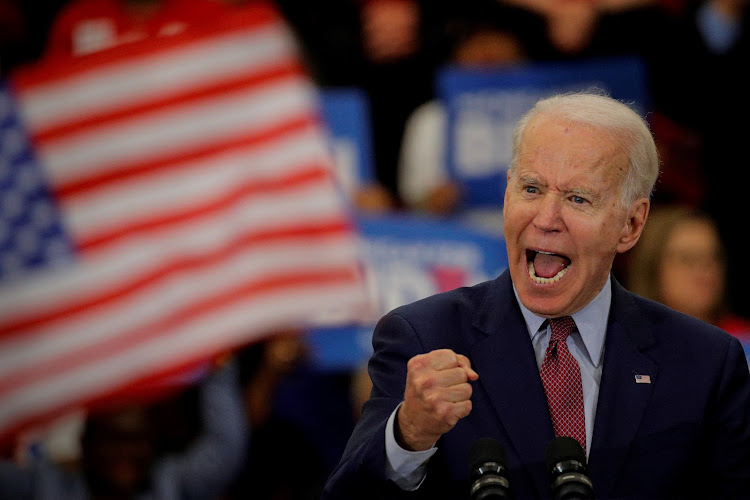 Former US senator and vice-president Joe Biden, the Democratic Party’s candidate for that country’s presidential elections in November, carries the hopes of many Americans that the country can reset the ignominious tenure of President Donald Trump.

Biden was not a shoo-in for the party’s candidacy from the start of campaigning in 2019, nor even when the presidential electoral primaries kicked off earlier in 2020.

But the US democracy has been under threat ever since the irrational Trump’s ascent to power, with evidence he benefited from Russian interference in that election.

There are ongoing signs of Trump’s disdain for US-style democratic process, such as curtailment of the US Postal Service under the pretext it will be used for mail voter fraud in the 2020 elections.

Biden is the quintessential mainstream Democratic member, occupying the centre-left of the party.

With deep experience both of the Senate and the White House, and a reputation as a coalition builder, he offers to bring a measure of stability to the country’s political process, if elected.

‘He is the wrong president for our country’: Michelle Obama on Donald Trump ahead of US elections

In the primaries, he showed his ability to galvanise diverse interest groups to back him.

And he may well draw support from diehard Republican Party voters offended by Trump’s more horrifying missteps, including his handling of the Covid-19 pandemic.

However, Biden is not without problems of his own. His age counts against him and may worsen his well-known propensity to gaffes.

He is a Washington insider, equally responsible for the archaic and flawed governance system which promotes division and inequality.

And his failure to support Anita Hill’s claims of sexual harassment against justice Clarence Carter will forever haunt him.

He may hope that bringing on board youthful, black woman Senator Kamala Harris as a vice-presidential running mate will assuage that injustice and diminish his other flaws in the public view.

The outcome of the election will be keenly anticipated by the global community, not least because freedom-loving people around the world have been aghast at the extent to which freedoms taken for granted in  the US have been curtailed under Trump.

More than any president in the recent past, Trump’s domestic agenda has dictated the extent of his interest in global politics and the multilateral partnerships which are essential for the modern state.

But internationalists will also remember Biden’s role in pulling Democrat support for the Iraq war.

For South Africans, a US administration which breaks ties with the ultranationalism, xenophobia and racism endemic to Trump’s White House must always be preferable, though we must remain wary of expecting too much in November.