Graeme Bloch: a life of commitment and love

A leader in the fight against apartheid, he went on to write about the centrality of education and its failure to lift poor children out of the trap of a ‘second economy’ 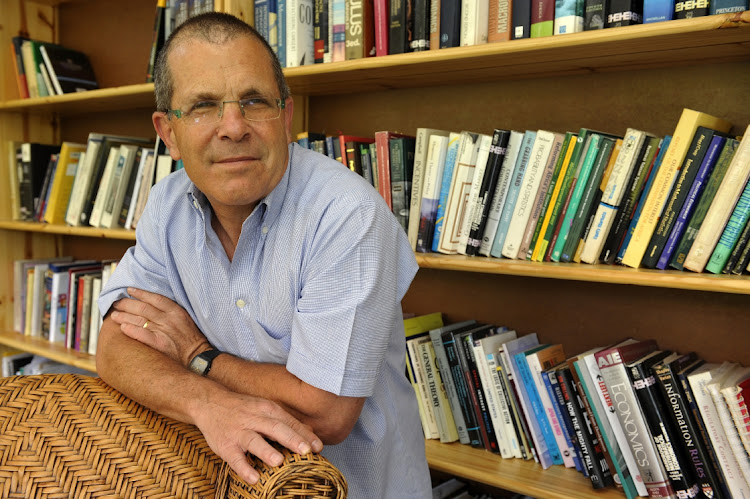 Shortly before his 21st birthday, Graeme Bloch was banned by the apartheid government. The restrictions meant he could not be with more than one person at a time, travel out of his magisterial district or attend educational institutions.

It was at the end of 1976 — a tumultuous year which had seen epoch-changing student uprisings that began in Soweto and quickly spread throughout the country. Bloch was one of a group of student leaders at UCT who rallied mainly white students in support of black students soon after the protests had reached Cape Town.

He was among those who led a solidarity march in August 1976 from UCT eastward down Klipfontein Road, towards Gugulethu. But before the marchers reached Athlone, they were surrounded by riot police and arrested. Graeme was detained for two weeks, tortured and beaten.

Tributes have come in for activist and education expert Graeme Bloch, who died this week.
News
1 year ago

He emerged resolute. It was  then, according to his brother Shaun, that he took up karate, eventually earning a black belt. He also emerged with a master’s degree in economic history.

There is perhaps some symmetry between his first arrest that resulted from protests against unequal education and his postapartheid campaign against persistent inequalities in education.

His first political involvement had also been in a non-racial scholars group, National Youth Action (NYA), while at school.

When his banning order was lifted in 1981, he returned to being openly active in politics and academia, teaching at UCT and volunteering for the 1983 launch of the United Democratic Front (UDF). He was prepared to take on whatever role he was assigned. As it happened, that was to co-ordinate the soup-making marshals for the launch, held in the Rocklands Civic Centre.

The hall was packed — literally — to the rafters. The crowd of 12,000-15,000 exceeded even the most optimistic estimates of the organisers. The soup makers were kept busy. Shortly after that Graeme was elected onto the Western Cape UDF executive.

While in the UDF, he worked with high-school organisations such as Cosas and the Western Cape Students Congress (Wesco). In a letter to a local newspaper after his death, a group of former Wesco members recalled how he instilled the discipline of exercise and independent thinking in them. “Graeme ... taught us critical skills in debate, argumentation and challenging authority and all forms of oppression”.

Two years after the breathing space in which the UDF was born, a chokehold was put on anti-apartheid organisations once more, with successive states of emergency declared from 1985 until 1989. Graeme was one of thousands detained. Rev Sid Luckett, a fellow UDF comrade detained with him in Pollsmoor, recalls how he and Graeme found each other though they were both in solitary confinement.

“Graeme, who was in a cell not far from mine, recognised my voice when I spoke to a warder. As soon as the warder left, he called, in a whisper, to me. From then on, from time to time, we were able to communicate. The thing I most remember about those short, furtive ‘chats’ was that we both missed biltong!”

Western Cape police are offering a R100,000 reward for information that will lead to the arrest and successful prosecution of the suspect or suspects ...
News
2 years ago

In 1990, one month after the release of Nelson Mandela, Graeme married fellow activist, UDF and ANC leader Cheryl Carolus. Their early courtship had involved dodging security police as the waves of emergency regulations swept the country.

Their March wedding, conducted by Graeme’s erstwhile jail mate Luckett, was a celebration of freedom and love. In his wedding speech, Graeme spoke partly about politics — but mainly about love. The freedom struggle, he had said, was about love as much as his relationship with Cheryl was.

In the democratic era, Graeme remained a prominent campaigner for equal education.  He authored and contributed to several academic books, including The Toxic Mix: What is wrong with South Africa’s schools and how to fix it. He was a member of UCT’s council, an adjunct professor at the University of Witwatersrand’s Public and Development Management School, and a researcher at the Institute for Strategic Reflection. He also served on the board of the civil rights group Equal Education until his death.

From the late 1980s, soon after Jakes Gerwel initiated the campaign to make UWC “The Home of The Left”, Graeme moved to teach there. In the early 90s he went to the University of Pittsburgh to do a second master’s degree.

They must go: ANC vets say leaders implicated in corruption can't be MPs

A group of ANC stalwarts and veterans have called for leaders implicated in state capture and corruption to voluntarily remove themselves from the ...
News
3 years ago

In 1998 Carolus was appointed by Nelson Mandela to serve as high commissioner to the UK, and they lived in London until 2001. Graeme continued to spend his time writing and speaking about the centrality of education.

In a 2012 paper for the Mandela Initiative, Graeme drew from his book to examine a key conundrum in postapartheid SA: why was education still so profoundly unequal in spite of its generous budget allocation and in spite of, as he put it, being one “of the most powerful arenas for anti-apartheid struggle and resistance ... most often led by young black people”.

He pointed out that while white scholars were expected “almost universally” to graduate from high school, black children had a 50-50 chance and only 12%-15% actually made it to tertiary institutions.

In fact, he wrote, “education actually plays the function of trapping large numbers of poor children in a ‘second economy’.”

Zimbabwean pro-democracy activist Makomborero Haruzivishe has been sentenced to 14 months in jail, a week after being convicted for inciting public ...
Africa
1 year ago

Graeme was born in Cape Town on January 23 1956, the second of seven children, six boys and one girl, to Rosalie and Cecil Bloch. His late father was a professor of plastic surgery at UCT; his mother, an attorney, was also an activist, a member of the Black Sash and a fierce campaigner against detention without trial. His parents were divorced and his father later remarried and had two more daughters, all nine forming a close-knit clan.

He was educated at Westerford High School and then at UCT before embarking on further studies in the US.

In 2015, shortly before his 60th birthday, Graeme was diagnosed with progressive supranuclear palsy, a degenerative disease that affects movement and speech. The disease slowly ate away the body of a man who had once run marathons, though his brain remained sharp.

His wife Cheryl supported him with love and dedication until the end.

In 2018, his mother Rosalie and her partner, Aubrey Jackson, were murdered in the childhood home in Mowbray. For the Bloch family it was an earth-shattering experience.

The inquest into the death of Dr Neil Aggett  - the first white person to die in police custody under the apartheid regime – is set to continue on ...
News
1 year ago

By then Graeme’s physical debilitation was advanced. At the funeral in the Wynberg synagogue, he wept at the loss of his parents but did not have the strength to wipe the tears from his face. Cheryl wiped them away, just as she tended him through every moment of his painful illness.

Graeme is survived by his wife Cheryl and eight siblings.

We thank him for the life he gave to freedom, to learning and to love.

• Manuel is a former finance minister and Green is an author and former journalist.