Muhammadu vs Ali: Buhari’s plea to US flies in the face of Pax Africana

The Nigerian leader’s call for the US to come to Africa to save it from itself suggests a desperate, rudderless elite 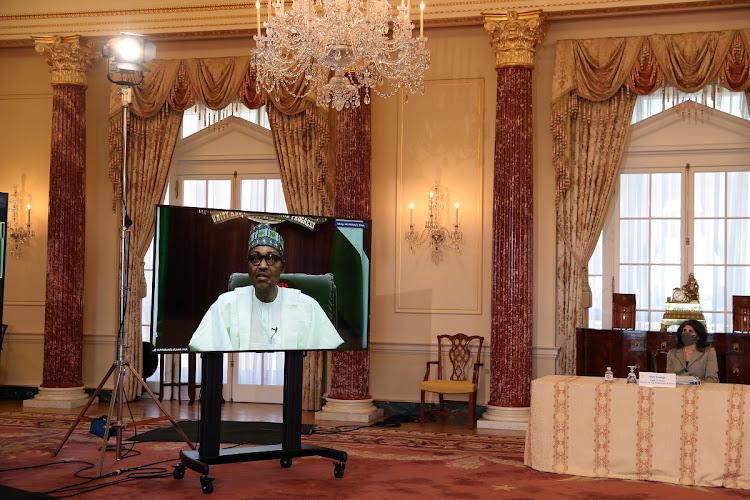 The gods of Africa are angry. Kenyan intellectual Ali Mazrui enunciated the concept of Pax Africana in 1967, arguing that Africans must create, cultivate and keep peace on their own continent. His related principle of “continental jurisdiction” urged outsiders to keep out of African conflicts.

It is these sacred injunctions that Nigerian President Muhammadu Buhari recently violated when he reportedly asked the US Africa Command (Africom) to relocate its headquarters from Germany’s Stuttgart to Africa to provide security on the continent.

That the leader of the largest black nation in the world and Africa’s economic powerhouse would make such a humiliating request suggests how inept Nigeria’s leadership has become in tackling widespread anarchy involving terrorist groups, murderous herdsmen, kidnappings, banditry and communal violence across the country. Buhari’s request suggests the desperation of a rudderless elite that has neglected its armed forces for more than three decades.

Gunmen free more than 1,800 inmates in attack on Nigerian prison

More than 1,800 prisoners are on the run in southeast Nigeria after escaping when heavily armed gunmen attacked their prison using explosives and ...
Africa
1 year ago

A brief history of American-led security initiatives in Africa is important. Under the presidency of Bill Clinton, Washington devised an African Crisis Response Initiative in 1996 after disasters in Somalia and Rwanda. The $20m programme was, however, derisory and mostly trained a few US-allied armies. Two of Africa’s most respected leaders, former president Nelson Mandela and Tanzania’s Julius Nyerere, rejected the initiative on the basis that Africans had not been consulted in its formulation and the plan had also not included a role for the UN.

The establishment in 2002 by the truculent George W Bush administration of a US military base and 1,500-strong Horn of Africa command in Djibouti to track terrorists in the region mirrored Washington’s support of autocratic governments in Kenya, Somalia and Sudan during the Cold War. In 2003, Bush launched the East Africa Counterterrorism Initiative to train and equip regional armies.

Though African armies such as Uganda, Burundi, Kenya and Ethiopia continue to pursue Pax Africana ... Buhari’s disgraceful call ... represents not just a violation of Pax Africana, but the besmirching of his country’s historical peacekeeping role in Liberia and Sierra Leone

Another counterterrorism effort, the Pan-Sahel Initiative, worked with autocratic regimes in Chad and Mauritania. The US European Command further collaborated with African countries, including SA, to upgrade ports and airfields. The Trans-Sahara Counterterrorism Initiative sought to build the capacities of African states to patrol borders and intercept terrorist groups.

Many Africans were concerned by the American decision to establish Africom in 2007. This plan was championed by Donald Rumsfeld, the hawkish US defence secretary and disgraced architect of the Iraq debacle. The Pentagon was seeking to consolidate three commands covering Africa into one.

The first African-American president, Barack Obama, embraced Bush’s militaristic policies as 2,000 American soldiers remained in Djibouti and officials of the US’s Germany-based Africom still roamed the continent in search of “mad mullahs” in a seemingly endless “war on terror”. The Obama administration deployed killer drones to Somalia and Libya, even as 100 US special forces operated inside Somalia. An American drone centre was established in Niger to track terrorists in Mali. By some estimates, Uncle Sam had military operations in about 20 African states by 2016.

After the neocolonial French military intervention in Mali in January 2013, another violation of Pax Africana, then SA president Jacob Zuma advocated the creation of a 5,000-strong African Capacity for Immediate Response to Crises (ACIRC), before a 25,000-strong permanent African Standby Force — meant to have been established by 2010 — could be set up. Despite the failure to create ACIRC, African leaders incredibly declared the standby force to be fully operational in December 2020.

President Buhari calls for Nigerians to follow his vaccine lead

President Muhammadu Buhari had his first Covid-19 vaccine shot on Saturday, part of a bid to boost public confidence as Nigeria attempts to inoculate ...
Africa
1 year ago

Though African armies such as Uganda, Burundi, Kenya and Ethiopia continue to pursue Pax Africana in operations such as the AU mission in Somalia, Buhari’s disgraceful call for Americans to come to Africa to save us from ourselves represents not just a violation of Pax Africana, but the besmirching of his country’s historical peacekeeping role in Liberia and Sierra Leone. Nigerians should be worried about the sacrilegious musings of their invisible leader.

• Prof Adebajo is director of the University of Johannesburg’s Institute for Pan-African Thought and Conversation.