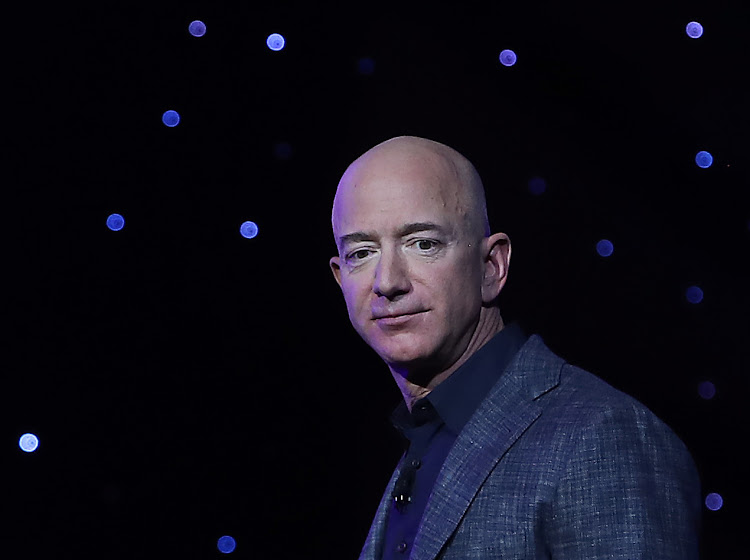 Elon Musk has achieved many things for everyone — especially us patriotic South Africans — to be proud of.

He was briefly the richest person in the world (and even now, he’s a solid second-richest); he built an electric car company; and he created SpaceX, which is flying astronauts to the International Space Station.

It turns out Musk is one of the 25 richest people in the US who manage to pay significantly less tax than middle-class Americans.

ProPublica, the brilliant not-for-profit investigative journalism outfit, has leaked the tax records of the richest people in the US. It has compiled a gut-punching depiction of how the wealthiest people in the last remaining superpower employ legal means to avoid tax.

Using the Forbes billionaire survey, one of the most reputable indices of wealth, ProPublica calculated that these 25 richest people’s wealth grew by a collective $401bn from 2014 to 2018. And yet they only paid $13.6bn in federal income taxes in those five years, according to the trove of Internal Revenue Service (IRS) documents.

“That’s a staggering sum, but it amounts to a true tax rate of only 3.4%,” the publication concluded. This, it said, captured the “financial reality” of the richest Americans.

ProPublica also compared their tax rates to how much their wealth grew during those four years, from 2014 to 2018. “The results are stark,” it said.

Indeed they are. Another of the ProPublica revelations was that the richest person in the world, Jeff Bezos, paid no income tax in 2007 and 2011. Neither did billionaire Carl Icahn, while revered investor George Soros paid nothing for three years in a row.

“America’s billionaires avail themselves of tax-avoidance strategies beyond the reach of ordinary people,” it said. “Their wealth derives from the skyrocketing value of their assets, like stock and property. Those gains are not defined by US laws as taxable income unless and until the billionaires sell.”

The shock revelations go on and on.

Warren Buffett, it turns out, was the biggest avoider of paying income tax among these top 25 — a fact which ProPublica said was “surprising, given his public stance as an advocate of higher taxes for the rich”.

“That works out to a true tax rate of 0.1%, or less than 10c for every $100 he added to his wealth,” the investigative journalists wrote.

The Bill & Melinda Gates Foundation announced on Thursday that it will immediately commit up to $100 million for the global response to the 2019 ...
News
2 years ago

What this revelation fundamentally demonstrates is that there really are two sets of rules for the rich and poor — and an entirely different set for the ultra-rich.

These billionaires have also had a nauseatingly profitable year over the Covid lockdown, at a time when millions of people lost their jobs.

Tricks of the rich and tax-averse

It looks like the world’s ultra-rich use a sophisticated methodology of accumulating wealth but not converting that into earnings, which are then taxable.

“Buy, borrow, die” is how ProPublica describes the financial tricks the ultra-wealthy use.

“For regular people, borrowing money is often something done out of necessity, say for a car or a home. But for the ultra-wealthy, it can be a way to access billions without producing income, and thus, income tax. The tax math provides a clear incentive for this.”

Take the example of a business owner who pays 37% in income tax on any salary or 20% in capital gains tax, if they sell stock.

“But take out a loan, and these days you’ll pay a single-digit interest rate and no tax; since loans must be paid back, the IRS doesn’t consider them income. Banks typically require collateral, but the wealthy have plenty of that,” ProPublica explains.

In fact, of the $4.25-trillion in wealth held by US billionaires, an estimated $2.7-trillion is not realised and therefore not taxable, according to economists Emmanuel Saez and Gabriel Zucman.

The obvious counterargument is that these billionaires have invested in companies that pay huge corporate taxes.

Not so, ProPublica found.

“Take corporate taxes. When companies pay them, economists say, these costs are passed on to the companies’ owners, workers or even consumers. Corporate taxes, however, have plummeted in recent decades in what has become a golden age of corporate tax avoidance.”

Instead, companies such as Google, Facebook, Microsoft and Apple have sent profits abroad, allowing them to pay little or no corporate tax.

Here’s a comparison that should help put this all in context.

But then, it’s not unexpected either. The mythology is that the rich get that way because they’re always thinking about how to make more money.  As it turns out, their real superpower is figuring out how to dodge tax.