Covid-19 has worsened inequalities and structural barriers, making it difficult to do good, cutting-edge research 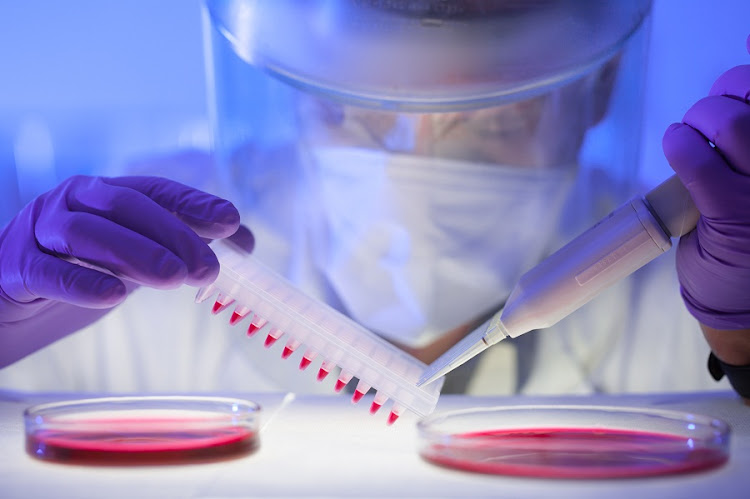 Science takes a knock as funding for research and postgraduate studies dries up.
Image: ISTOCK

The pandemic has turned our world upside down and affected every sphere of society. That includes the disproportionate impact on women who participate in science, technology, engineering and mathematics (STEM).

Studies since the start of the pandemic have shown that they were forced to spend less time on research (a reduction of 5% or more). This led to fewer publications and even fewer preprints earmarked for peer review. They also weren’t able to initiate as many research projects as their male peers ever since different parts of the world started to respond to Covid-19-related restrictions.

These restrictions have been particularly hard on early-career women scientists who suddenly had to work from home without access to laboratories, field sites and other infrastructure and resources necessary for their productivity. Some also had to juggle work, home schooling and childcare, which had a negative impact on their research output. Not surprisingly, we have seen several studies that have focused on the influence of the pandemic on gender-related issues.

Let that sink in for a moment. It means we will not see gender parity in our lifetime

So why should we be concerned about the pandemic’s negative impact on women scientists?

We should be worried because this could undo the hard-worn gains achieved thus far in closing the global gender gap in STEM fields. It could also have far-reaching future consequences for efforts to establish and retain a diverse cohort of scientists with gender parity as an agenda to accelerate science-based technological innovations.

Closer to home, the 2020 Global Gender Gap Report indicated that while overall in sub-Saharan Africa the gender gap has been closed by 68.2%, current estimations show that we will need more than 95 years to reach gender parity in this region. Let that sink in for a moment. It means we will not see gender parity in our lifetime. This is quite astonishing and sobering to say the least. During Women’s Month and beyond, we should really start to look seriously at ways to achieve gender parity sooner.

There has been a call for the scientific community to take notice so that academic journals and publishers can adopt more transparent modes of operation for the advancement of women in STEM fields. Authorship roles should be assessed because early career scientists are often listed as first authors of articles, but they don’t have an established record of publishing scientific articles and collaborating with senior colleagues.

Nahoon memories the starting point for many of printmaker’s works

Trapped in her home during 2020’s hard lockdown and yearning to immerse herself in the ocean or mountain fynbos, former East Londoner Noeleen ...
Lifestyle
11 months ago

On a year-to-year basis, women in STEM are just as productive in terms of their publication rates as their male colleagues, but over the course of their careers more women leave the different science fields and this skews their productivity rate. Systemic barriers and negative sociocultural experiences, which often impede their career trajectories and progression, are not taken into account.

For this to happen, we will need a cultural paradigm shift that will see the disclosure of information that is related to gender, age and race demographics. For the mid-to-late career female scientists, metrices that indicate stature in the field are associated with being the lead author, a position that indicates those who are leaders of research groups or primary investigators. With citations of published papers being so important for promotions in academia, women scientists often face long-standing inequalities and structural barriers that need to be re-evaluated and rethought urgently.

There are several ways women pursuing careers in science could be assisted, especially in the current climate. For example, there should be a better appreciation of team science and collaboration that will allow women scientists to become more productive in future years even if their social structures have become fractured because of the pandemic. Also, we should rethink career timelines and promotional metrices as financial constraints and lost time during the pandemic will have lasting effects on the retention of female scientists long after the world has returned to normalcy and is no longer in the “new” normal.

Prof Quarraisha Abdool Karim has been appointed to serve on the UN high-level 10-member group in support of the technology facilitation mechanism ...
News
1 year ago

These and other measures are particularly relevant in SA where early-career female scientists continue to face all kinds of pressures that became augmented when nationwide lockdowns started. Some have had to go back to their rural environments where they struggle to get access to reliable internet services that are so important for their work. And as if this were not enough, they also have to take care financially and physically of sick and, in some instances, dying family members. These challenges have taken a physical and mental toll on these female scientists. It becomes very difficult to do good and cutting-edge science in such conditions.

We find ourselves in a situation in which we not only have to consider the persistent and pernicious gender bias in STEM, but also have to be cognisant of the pandemic’s impact on the futures of those women working in STEM as well as oncoming generations of female scientists who will in all likelihood be disproportionately affected because of their gender.

Nox Makunga is a professor of biotechnology in the department of botany and zoology at Stellenbosch University.