Twenty years later, 9/11 is still an intimate part of my life 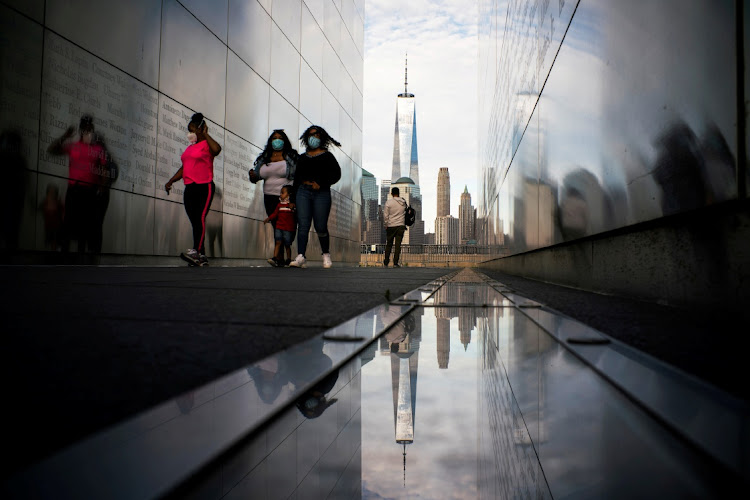 People visit the One World Trade Center in New York, the US, on May 2 2020.
Image: REUTERS/ EDUARDO MUNOZ

On that Tuesday morning, I was sitting quietly in the fourth row of my fifth-grade classroom during a spelling lesson. But the uneventful nature of the morning ended abruptly at 8.46am, when the first aircraft crashed into the World Trade Center’s north tower.

My teacher’s desk phone rang, and after exchanging a few words she hung up and turned on the television. Echoing the news anchor’s sentiment — and that of many, including then president George W Bush — my teacher reassured a classroom full of wide-eyed nine-year-old pupils that it was an accident.

US President Joe Biden will visit all three sites of the September 11, 2001, hijacking attacks next week to honor the nearly 3,000 people killed and ...
News
1 month ago

And shortly thereafter a plane — in all probability headed to the White House or US Capitol — crashed into the ground after passengers stood up to the hijackers. Two 110-storey towers collapsed in less than two hours. And no-one knew what was next.

Twenty years on, I’m sitting and reflecting on that fateful day and how 19 hijackers altered the course of history. On the evening of September 11 2001, in a conversation with the president, then defence secretary Donald Rumsfeld said: “There just aren’t enough targets in Afghanistan. We need to bomb something else to prove that we’re, you know, big and strong and not going to be pushed around by these kinds of attacks.”

And that’s just what they did. In October 2001, I was watching the news with my parents when Bush kicked off Operation Enduring Freedom, a series of air strikes targeting Al-Qaeda and the Taliban, the latter having refused to hand over Osama bin Laden, the mastermind of the attacks. But the US-Afghan war did far more than that, killing about 176,000 people, nearly 50,000 of whom were civilians.

US President Joe Biden on Friday ordered the Department of Justice to review documents from the FBI's probe into the September 11, 2001, attacks for ...
News
1 month ago

I was 11 years old in 2003 when the Bush administration declared war on Iraq, using the pretext of weapons of mass destruction (WMD) that did not exist. Research from Brown University puts the number of direct deaths in Iraq between March 2003 and October 2018 at between 267,000 and 295,000.

And when I was 19, the US celebrated the killing of Bin Laden, who was found in Abbottabad, Pakistan. A further 65,000 Pakistanis are estimated to have been casualties of the wars.

When I was a 24-year-old postgraduate student, I spent some time volunteering at the Calais refugee camp, one of the largest in Europe. I worked primarily in the so-called “Afghan Square”, a part of the camp that was home to refugees who had fled the US-Afghan war. I had grown up seeing refugees portrayed as uneducated and poor by the US media. But as I distributed supplies in the camp I spoke with professors, doctors, lawyers and teachers.

I found myself drawn to a man who reminded me much of my father. He too had come from a poor, rural farming background and had gone on to earn a PhD before becoming a law professor in Kabul. He fled with his wife and three young daughters after several neighbours and family members were killed in the war. Here he was, living in a small, wet tent with his family, hoping and praying for asylum status. Ever being a professor again was a pipe dream.

The events in Afghanistan are ugly. The Taliban’s dramatic sweep through the country, toppling one territory after the next with barely a shot ...
Lifestyle
1 month ago

Throughout the years I also saw the effects of the war on a personal level. I had close friends deployed to Iraq, Afghanistan and other parts of the Middle East. And as they returned with post-traumatic stress disorder from front-line duty, often having lost fellow platoon members and facing survivor’s guilt, I knew their lives would never be the same. I walked parts of the reintegration journey with some of them, a process filled with heartache, mental health crises, the loss of marriages and child custody rights. Some had difficulty holding employment.

I was nine when the US entered Afghanistan and 29 when its soldiers left. I’ll never forget the chair I was sitting in 20 years ago, and the fear I felt when the planes hit the World Trade Center. I ache for the families of the 2,996 people who lost their lives on that fateful Tuesday. But the half a million lives lost in the Middle East as a result remind me that two wrongs never make a right.

Kabul airport had been closed since the end of the massive US-led airlift of its citizens, other Western nationals and Afghans who helped Western ...
News
1 month ago

When President Joe Biden withdrew the troops last week I admit I was unexpectedly emotional. I felt deep sadness for all that has been lost. I hope we never forget the lessons we learnt over the last two decades.

• Dr Baskaran (@gracebaskaran), a development economist, is a bye-fellow in economics at the University of Cambridge.