Financial sector faces crunch in the grip of climate change 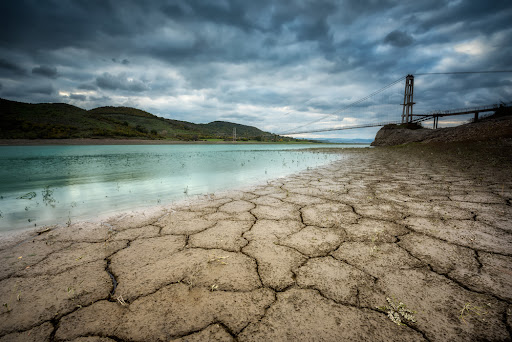 We often consider the sectoral effects of climate change. Droughts impede agriculture, floods wipe out transport infrastructure and wildfires burn down homes. But perhaps the most significant effect is on the financial sector — the glue that holds the economy together.

This glue, carefully formulated over a century, can disintegrate quickly as the effects of climate change ramp up. Mark Carney, former governor of the Bank of Canada and Bank of England, has highlighted the deep damage this can do through the physical, transitional and long-term challenges.

An angel investor has helped to bring employment to four farm dwelling families by pouring money into cultivating the fertile land they live ...
News
8 months ago

The physical risks of climate change on the financial sector stem from the increasing frequency and severity of natural disasters, which will translate to an increase in defaults globally. Analysis by the European Central Bank shows that the average default probability of the credit portfolios of the 10% of Euro area banks that are most vulnerable to climate change could rise 30% by 2050.

The default ratio could be amplified in South Africa. The Intergovernmental Panel on Climate Change says temperatures in Southern Africa are rising at twice the global average. And the country’s financial sector has an even deeper layer of vulnerability. When looking at domestic credit to the private sector, or the financial resources provided to the private sector by financial corporations, South Africa is the highest in Africa and in the top 20 globally, at 129% of GDP.

An increase in defaults can thus have a profound effect on financial stability. We had a taste of that last year. The national state of disaster for declared drought in March 2020 played a role in the state-owned Land Bank’s sharp increase in nonperforming loans, from 9.6% in 2019 to 19.5% at end-September 2020. Liquidity remains a challenge due to compounding climate shocks.

Despite cynical talk of the demise of the middle class, vital moves by the state boost the more frequent good news
News
8 months ago

The heightened risk from climate change-related incidences has insurers running for the hills as premiums rocket and coverage is withdrawn from high-risk areas. In California after widespread wildfires in 2018, 350,000 residents could not get property and casualty insurance that included fire protection. Premiums have risen as much as 300%-500% in recent years, making it unaffordable for many. Likewise, in Louisiana, which has been hit by repeat hurricanes, most insurance policies do not cover flood damage.

Anecdotal evidence suggests that South African businesses are even more exposed. In the US data shows 75% of all businesses are underinsured and 40% of small businesses have no insurance. If disaster strikes many firms thus lack the financial coverage required to cover costs and repay loans.

The second challenge is transition risks, which result from the shift from fossil fuels to a low-carbon economy. Fossil fuel firms — and those that have financed it — are highly vulnerable to transition risks, but the consequences of these risks are felt by the entire economy.

Earlier this year HSBC, one of the world’s biggest banks and Europe’s second-biggest fossil fuel financier, announced plans to end all new coal financing after substantial pressure from a coalition of shareholders and institutional investors. This after the bank provided billions of euros in loans to companies building new coal-fired power plants after the Paris climate agreement was signed.

Financial sector faces crunch in the grip of climate change

Many of the power plants financed by HSBC are likely to become stranded assets as the world moves rapidly towards decarbonisation, governments impose carbon taxes, shareholder activism strengthens and regulatory pressures ramp up. This will adversely weigh on banks’ balance sheets and reduce the flow of credit to the real economy. This will also inhibit banks’ ability to meet financing demands by households and firms and negatively affect investment and consumption. SA coal mines, which have an average life expectancy of 15 to 35 years, are also at risk as key trading partners consider imposing trade restrictions with high-emission countries.

The financial sector has been slow to respond to the need for climate mitigation. Most announcements to halt financing for coal-fired power plants have come in the last three years, despite decades of knowledge.

Carney highlighted the findings of a pension fund analysis in 2019.  “If you add up the policies of all of the companies out there, they are consistent with warming of 3.7°C to 3.8°C.” That near four-degree increase could translate to a 9m increase in sea levels, which would affect 760-million people.

Tougher restrictions loom as BCM runs out of water

Day Zero — when municipal drinking water runs out — is looming for Buffalo City Metro as the drought intensifies, forcing council to look at ...
News
8 months ago

For the financial sector this means many of their assets would be underwater. When adding up the physical and transitional risks in the short and medium term, and the long-term risk to assets, investing in climate mitigation is far cheaper. It is time for the financial sector to look at climate change as one of their biggest threats to financial sustainability, rather than just a “do-good” transition to which shareholders are pressuring them.

• Dr Baskaran (@gracebaskaran), a development economist, is a bye-fellow in economics at the University of Cambridge.