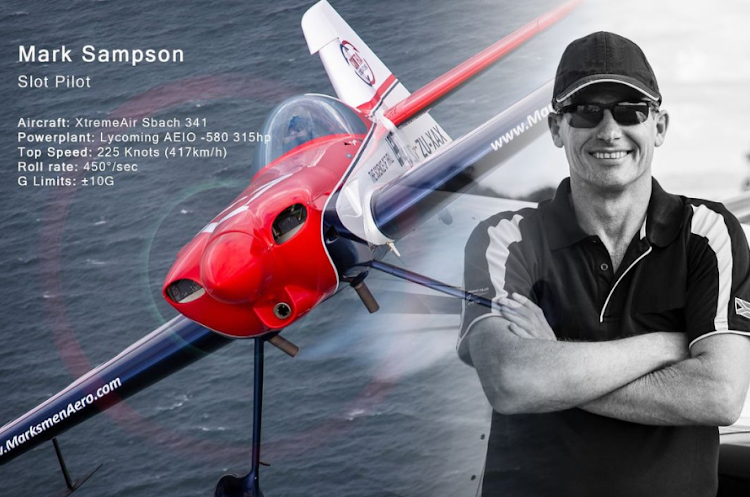 A South African aviator was killed when his aerobatic aircraft crashed during an air show display at Charles Prince Airport in Zimbabwe.

The incident happened on Tuesday night.

The pilot has been identified as 54-year-old Mark “Sammy” Sampson from Marksmen Aviation Team.

Absolutely devastated to hear that my friend and aviator extraordinaire, #marksampson, from the @team_aerobatic past away in a flying incident in Harare this afternoon. We were on the phone this morning planning great things! RIP! Gonna miss flying upside with you!! pic.twitter.com/wm571I8CC2

“It is with great sadness and a profound sense of loss that today, the Marksmen Aerobatic Team can confirm that Mark Sampson ... perished in a flying incident in Harare, Zimbabwe.

“The Marksmen Aerobatic Team were on the return leg of a roundabout trip from Cape Town to Nairobi, where the team had performed a successful aerobatic formation display at the Kenyan Defence Force (KDF) Museum Air Show, held in conjunction with the Aero Club of East Africa.

“The Marksmen Aerobatic Team is devastated and we are working with the Zimbabwean authorities,” read their statement.

The cause of the crash was not immediately clear.

Sampson started his flying career in 1990 at age 22 and was trained by the South African Air Force (SAAF). He was a former captain at Cathay Pacific and a first officer at Nationwide Airlines.

A Piper PA-28 Cherokee light aircraft was forced to make an emergency landing on the R44 main road between Stellenbosch and Strand on Wednesday ...
News
1 month ago