OPINION | Why government should not subsidise minibus taxi owners 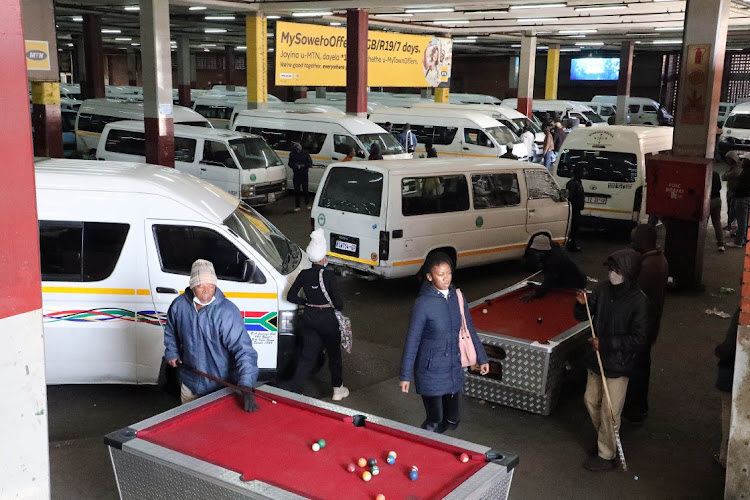 Millions of South Africans rely on  minibus taxis to get around. Without these vehicles, people wouldn’t be able to get to work, school or simply visit friends and family.   Data from Statistics South Africa’s Quarterly Labour Force surveys suggest that there are around 250,000 minibus taxi drivers in the country; there are likely about the same number of minibus taxis.

Statistics South Africa’s 2020 National Household Travel Survey, meanwhile, indicates that 60% of households report taxis as their main mode of transport and the 2014/5 Living Conditions Survey showed that 79% of households reported spending money on taxi fares in the last year. The 2020 Travel Survey also shows that households’ most common complaint about public transport centred on the cost of taxis: they were too expensive. As an example, someone living in Khayelitsha, and working an eight-hour day at the minimum wage in central Cape Town, 27km away, would earn R184 a day and pay R48 for a return trip on a taxi – 26% of their gross earnings.

Rising petrol costs, because of the war in Ukraine and trade disruptions, have amplified calls by taxi associations, the Competition Commission and others for the state to increase subsidies to minibus taxis. The only direct subsidies paid to minibus taxi owners is the scrapping allowance, which they receive if they scrap old taxis. Taxi operators complain that this is unfair, and that taxis should be subsidised like buses and trains.

I have studied the taxi industry and transport costs for 10 years. I’ve taken hundreds of taxis over this time, partly to set up the site Taximap, which helps taxi commuters find taxis. But I do not believe that minibus taxi operators should receive new operating or capital subsidies. That’s because minibus taxi owners already benefit from two implicit but extremely valuable subsidies.

The Asset Forfeiture Unit will recover some R35m it says taxi umbrella body the Eastern Cape Transport Tertiary Co-operative (ECTCC) and some of ...
News
2 months ago

The first is that most taxi owners do not abide by labour laws when employing drivers. That substantially reduces owners’ operating costs. The second is that while taxi associations seem to be de facto cartels, the state does not enforce competition law in the taxi industry. The industry’s prices and profits would be lower if laws were enforced.

My analysis of Statistics SA’s 2019 Quarterly Labour Force Survey data shows that 70% of taxi drivers earned less than the national minimum wage of R20 an hour and 75% work more than the legal maximum of 55 hours per week.

If all drivers earning below the minimum wage were paid the minimum wage but worked the same number of hours as they did before, the estimated taxi driver yearly wage bill would increase by about 30-40%. So, ignoring labour laws substantially reduces the cost of operating taxis.

Train and bus companies, meanwhile, are almost all formal. They are required to pay their drivers and other employees’ wages that are determined in bargaining councils and which, at R50 per hour for bus drivers, are two and a half times the national minimum wage.

Bus drivers may also work only the maximum number of hours permitted by law before qualifying for overtime pay. They’re also entitled to paid leave and various conditions of service that do not exist in the taxi industry.

Eastern Cape taxi boss Nokuthula Mbebe has vowed to fight up to the Constitutional Court to access bank accounts belonging to the different taxi ...
News
2 months ago

Taxi associations are groupings of independent business owners that get together and fix one price for each route that they control, which all members must charge. This is the textbook definition of a cartel and is illegal under the Competition Act

The Competition Commission’s recent market enquiry into land-based passenger transport acknowledged the Department of Transport’s concern that taxi associations fixed prices. Yet in the report’s findings about price setting, price fixing was not even mentioned. Instead the commission suggested that taxis should receive more subsidies. This failure to apply competition law is a very important implicit subsidy.

Taxi associations maintain and grow their power for two reasons. First, they enforce each taxi owner charging the same price. Second, they actively work to prevent the entry onto routes of non-association members, who in a freer market would enter to take advantage of the high profits and eventually drive down profits and prices – to the benefit of taxi users.

The threat of, and actual, violence is the main way in which associations prevent entry. But they also work with public officials, who in many cases have decided that taxi associations should have the final say on who can get a license for the route they control.

The South African National Taxi Council (Santaco) in the Eastern Cape has called on police to bring to book those who shot and killed three taxi ...
News
2 months ago

Given these two valuable implicit subsidies it shouldn’t be surprising that owning a taxi is generally extremely lucrative. The City of Cape Town conducted its own surveys of taxis from 12 associations 11 years ago, finding that annual profits were around R70,000 a yearin 2012, when vehicle values were probably around R100,000- R200,000in 2012. This represents a 30-70% annual rate of return on capital invested.

Taxi associations often charge extremely high joining fees. The Competition Commission’s report mentions fees from R10,000 to more than R200,000. When I talked to taxi drivers in Cape Town during my journeys, many were desperate to become owners despite these high fees. Why would someone want to pay such a large amount of money to be able to operate an apparently unprofitable business? The obvious answer is that many taxi owners actually make large profits.

Transport planners, policy makers, taxi representatives and commentators ignore or deny this. They often argue that there is an “oversupply” of taxis. They then conclude that taxis operate at very low profit levels and should be subsidised. But subsidising taxi owners who belong to associations that resemble cartels is likely to lead to higher profits for owners, with little benefit to taxi users.

Minibus taxi operators provide a valuable service to many people in SA,  which the state has been unable to provide. They receive little direct subsidy but two very substantial implicit subsidies. Instead of the state further subsidising taxi owners, policy makers should be thinking creatively about ways to enhance competition, reduce violence and enforce existing regulations. -  This article was originally published in The Conversation