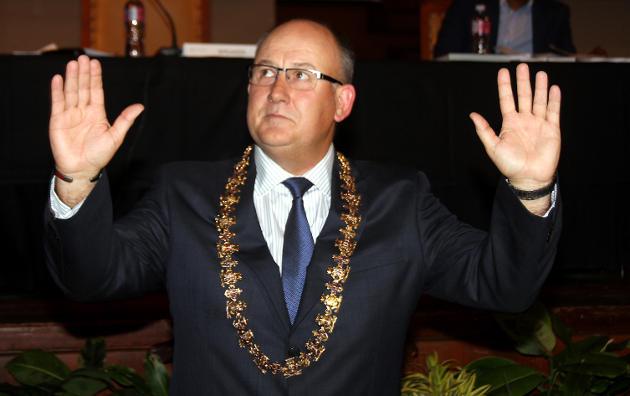 Nelson Mandela Bay mayor Athol Trollip has been ousted through a motion of no confidence by opposition parties and DA councillor Mbulelo Manyati on Monday night.

The opposition councillors have elected UDM’s Monagmeli Bobani to replace him.

The move came after a dramatic council meeting first saw speaker Jonathan Lawack removed by the opposition with the help of Manyati who abstained from voting.

His membership was subsequently terminated less than two hours later by the DA which relied on the clause adopted by the Congress earlier this year which allows it to fire any member that publicly states they plan to resign from the party.

Manyati told journalists in a video that he planned to resign.