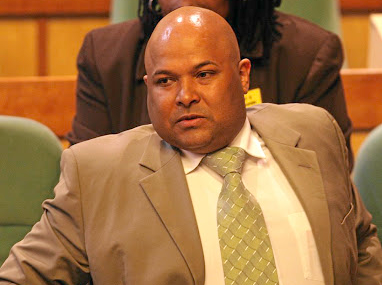 The Principal Agent Network project was championed by former SSA director-general Arthur Fraser, when it was allegedly 'pilfered' of R1bn.
Image: Gallo Images

Senior intelligence officers could land in hot water after a parliamentary committee proposed that they be investigated for allegedly “pilfering” more than R1bn from the  intelligence account.

The joint standing committee on intelligence (JSCI), the parliamentary committee that monitors the conduct of the state’s intelligence structures, has recommended in its    2017/2018 annual report that the investigation into the matter be re-opened.

In its report, the JSCI has concluded that the controversial Principal Agent Network (PAN) project was used by rogue intelligence officers as a platform to “pilfer” money from the State Security Agency account.

Although he is not mentioned by name in the JSCI report, the PAN was championed by former State Security Agency director-general Arthur Fraser.

Approached for comment, Fraser declined to speak, saying he had not seen the JSCI report.

The JSCI also says in the report that it “persuaded” President Cyril Ramaphosa to conduct a new investigation into the PAN project when its members met the president in March. In his book The President’s Keepers, journalist Jacques Pauw claimed that the agency wasted about R1bn over three years.

Pauw said that the agency bought 293 cars — BMWs, Audis and Golf GTIs — for its 72 rogue agents. The cars were stored in three warehouses, which were leased for R24m and owned by relatives of the agents.

According to Pauw, the spies also bought properties for R48m that were registered in the agents’ names.

Auditors said the programme was riddled with waste, corruption and nepotism.