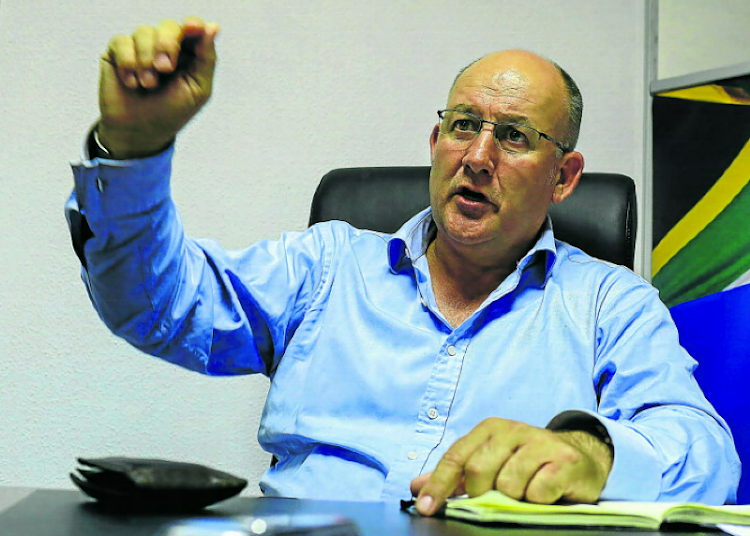 The court found on Tuesday that Mali had defamed Trollip when he implied in media statements and on social media that Trollip was a racist and human rights abuser who had exploited his staff on a farm he had owned more than a decade ago.

Mali persisted with, and often repeated, the allegations over two years, which Trollip told the court in 2018 had made his life a living hell.

The allegations surfaced in 2015 in the run-up to the 2016 local government elections. Trollip later became mayor. Judge Sindile Toni said the allegations had painted Trollip as a brutal man with no regard for human rights.

De Lille and Trollip the biggest challenges for DA in 2018: Maimane

Reflecting on the year that was‚ DA leader Mmusi Maimane says 2018 has had many challenges for the DA – but the party is looking forward to next ...
Politics
2 years ago

But Mali had opted not to give evidence or call any witnesses to testify to the truth of his defamatory allegations.

The case had continued without Mali after he told the court he was ill, had no defence counsel and was not prepared to continue in his own defence.

This was after other postponements sought by Mali had dragged the case out for more than a year.

Toni found that Trollip had been a frank, honest and straightforward witness.

While Trollip had initially sought some R6m in damages, Toni ruled that damages awarded in cases of defamation were not usually punitive.

But, he said Trollip was a high-profile person who had held prominent political positions and his standing in society was beyond question.

He had an impeccable reputation and the publication of patent untruths was neither justified nor reasonable.

“This wanton vilification was surely not in the public interest.”

He said a damages award of R250,000 was more in line with other SA court judgments.

Toni dismissed Mali’s counter-suit in which he asked the court to order that Trollip pay R1.5m in damages for saying he was a wolf in sheep’s clothing.

In his judgment, Toni urged politicians to “play their political football with a measure of respect for each other’s constitutional rights”.

He ordered Mali to also pay the legal costs in the case.

Mali said later he had taken legal advice and intended appealing against the judgment.

He said the judge had erred in continuing with the trial in his absence.

He had also never said anything defamatory about Trollip but had simply presented allegations made by his former farmworkers.

Trollip said he was delighted with the outcome and believed that justice had been done to clear his good name.

His attorney, Brin Brody, said Mali’s campaign against Trollip had been malicious and thoroughly dishonest, and he intended immediately issuing a writ against Mali for payment.