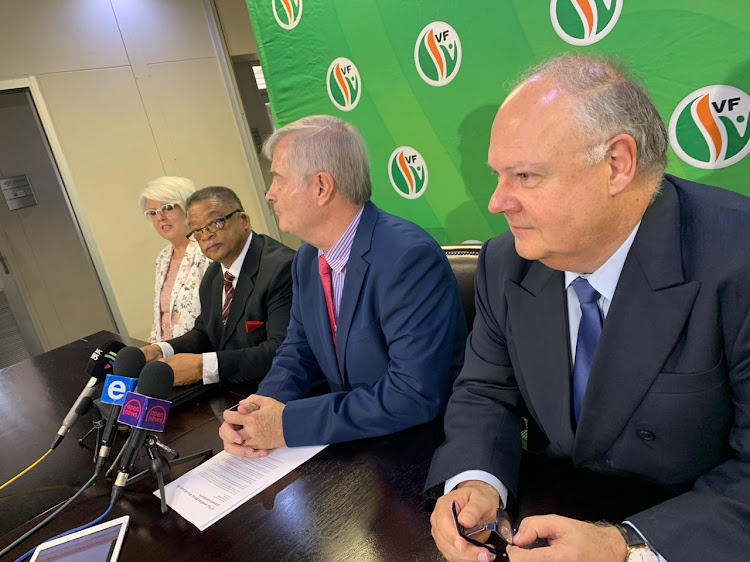 Peter Marais at a Freedom Front Plus briefing in Cape Town.Picture: ANDISWA MAKINANA

The FF Plus is on track to become the biggest success story of the election.

The party, which won 165,715 votes during the 2014 general elections and took four seats in the national assembly, had already on Thursday morning received more than 150,000 votes with only 37% of the national votes counted.

The party, which is led by Pieter Groenewald, had clearly focused on campaigning against the DA in a bid to win over more conservative Afrikaans voters who had previously voted for the official opposition party.

Concerns of those voters included the protection of Afrikaans, as well as the DA’s continued support of race-based redress.

The party had also nicked support from the DA in recent by-elections.

In the last few weeks of campaigning the DA had used their former leaders, Tony Leon and Helen Zille, to campaign, which was a clear indication that it was mobilising its support base.

South Africans went to the polls on Wednesday to cast their votes in the sixth general election since the dawn of democracy in 1994.

The FF Plus on Thursday morning had taken over the position as the fourth biggest party in SA, with the IFP slipping to fifth, as counting continued.

General secretary of the FF Plus, Ansie du Plooy, said the party could see in the wards it was monitoring that it had taken votes from the DA, which was due to “pure campaigning and people are agreeing with our mission and our policy”.

Du Plooy said they were “cautiously optimistic”, but that they believed the party had a good campaign and manifesto and were “honest”.

As vote counting hits the halfway mark on May 9 2019, SA's politicians comment on the election process thus far.