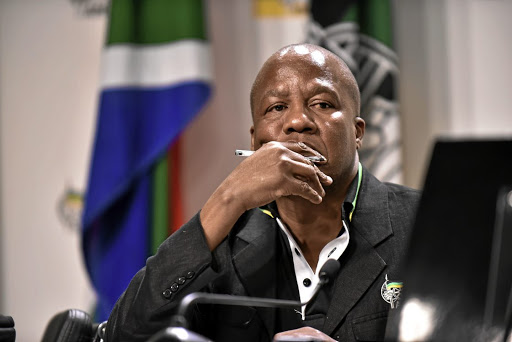 ANC MP Jackson Mthembu on Monday spoke to NewzRoom Afrika about the basis upon which the sixth administration government was built, clean governance, the party's take on public protector Busisiwe Mkhwebane's report on President Cyril Ramaphosa, as well as lessons the party learnt from previous PP, Thuli Madonsela.

Here's what he had to say in five telling quotes:

"It is the president's prerogative to appoint and disappoint people in the executive, so on that score, the president had all the authority, including the top six. He could put his foot down and say these are the type of people I would like to work with in this new dawn. If we want to take South Africa forward, we need to convince people in our country that we have turned a new leaf."

In 2017, Ntuthuzelo Vanara accused Bongani Bongo of offering him a bribe to suppress the investigation into the alleged capture of Eskom, Transnet and Denel. Vanara submitted an affidavit to the ethics committee and Bongo has since denied the allegations. Mthembu said it was 'not too late to deal with Bongo'.

SHOWDOWN: the Public Protector vs the President

What we've learnt from Thuli Madonsela

"Thuli Madonsela was saying to us, 'if you don't agree with my findings, take them on review.' That is what we learnt among other things. "

"Mkhwebane never said Gordhan must not be appointed as minister. All she said was he must be disciplined. But how could the president take action when already the person accused of wrongdoing is taking the matter on review?"

"The details of who put how much, in which account, he might not even know the accounts, by the way. People who will be quite up to date with the account will be the trustees of those accounts."