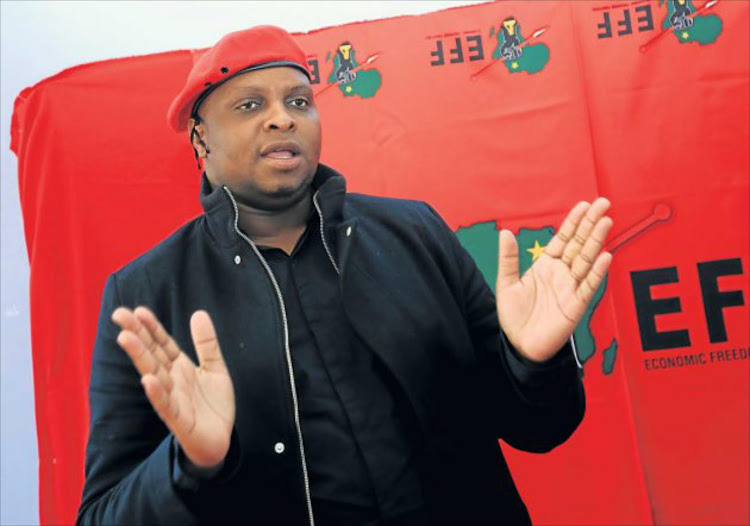 EFF leader Julius Malema on Tuesday said Hanekom had met EFF members to discuss which ANC MPs would join the party's parliamentary vote of no confidence in Jacob Zuma. Hanekom has confirmed the meetings but said it was no secret. He said there was nothing wrong with members of different parties meeting each other.

Shivambu echoed Malema's sentiments that it was not just Hanekom involved in the "plan" but also SACP deputy secretary Solly Mapaila.

"As a matter of fact‚ it is public knowledge that the SACP adopted a decision openly calling on former president Zuma to resign or be recalled if he did not resign‚ and finally be removed from office through a motion of no confidence if he still did not resign after being recalled"‚ said SACP spokesperson Alex Mashilo in a statement.

Shivambu then took aim at Hanekom.

The motion which @Derek_Hanekom, Solly Mapaila & others plotted against @PresJGZuma on is the 2017 secret ballot Motion tabled by the DA & the ANC Caucus had resolved to defend Zuma. The February 2018 EFF Motion was a foregone conclusion and forced Zuma’s resignation!

Yes. This is the self serving @Derek_Hanekom who kept on harassing EFF leadership with calls giving names of the EFF MPs who were going to vote with the opposition to remove Zuma, and said they will form a new party with NDZ won NASREC. Now he calls the EFF Fascists?! Go on!!! pic.twitter.com/Jd2UQzbC28

Hanekom‚ meanwhile‚ urged South Africans not to get "distracted".

Let's not get distracted. The full story of state capture must come out and corruption must be rooted out.

In response to the claims‚ the ANC released a statement calling Hanekom a "wedge driver on a mission to divide the ANC".