An EFF without Julius Malema? Dali Mpofu says he'd be 'surprised' if Juju stands for another term 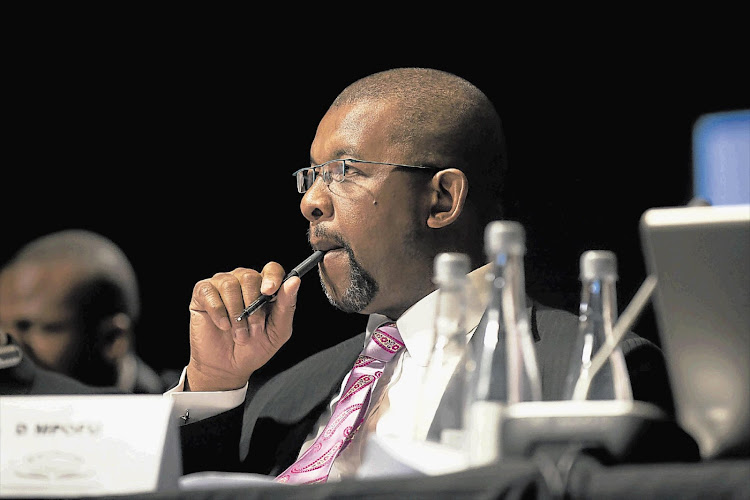 EFF national chairperson, advocate Dali Mpofu, on Monday sparked questions regarding the future leadership of the red berets, explaining that the party advocates for fresh thinking and ideas.

Speaking on Power FM, Mpofu said he would be surprised if party leader Julius Malema stood for another term at the EFF's elective conference in December.

"If he's re-elected in December this year, I'd be surprised if he stands for another term. It's a difficult task and we believe in continuity of leadership. For example, even myself, I would never want to be in the same position, maybe not even for one term, let alone two terms or three terms. 'Cause it would stifle the organisation to do that. We need fresh ideas. We need fresh thinking. And we can all play different roles."

Mpofu said titles were not important to party leaders.

WATCH | 'No one will kill the EFF' says Malema

"No one will kill the EFF, this EFF is going to govern."
Politics
2 years ago

When asked if the EFF could exist post Malema, Mpofu said yes.

"Of course it will. Not that it could. It will. I don't even know if he is going to stand. Our term finishes on the 14th of December this year. If he gets re-elected, I would be very surprised if he stands again after that, or even if he makes himself available."

He said the current leaders were focused on building a base for the future of the party.

Who was Malema targeting in EFF birthday rant?

Is there trouble in the EFF paradise?If not then what with EFF leader Julius Malema telling party supporters not to vote for leaders who have taken ...
Politics
2 years ago

"The reason I have invested so many years in such difficult circumstances in building the first five years is so that we can create a base from which future leaders can take over. It's not to build it for ourselves. Not at all."

Speaking about the elective conference, Mpofu said it was not about personal ambition.

"As far as the conference is concerned, nobody is coming back. There is no coming back. Our terms ends in December and it is up to the delegates at that conference who will decide which leader they want. Well, I think we have demonstrated sufficiently that we  are not in this thing for personal ambition. If we were in this for personal ambition we would've stayed in the ANC and some of us would have been ministers or MECs and so on."