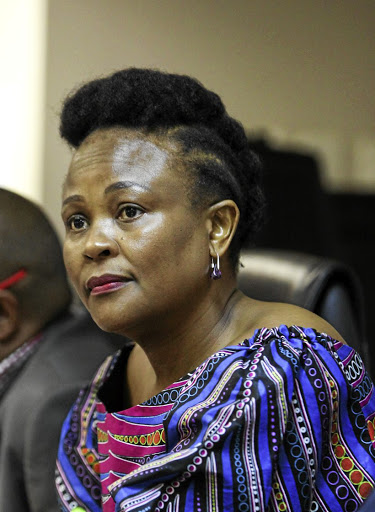 The legal battle between President Cyril Ramaphosa and under-fire public protector Busisiwe Mkhwebane will dominate the news headlines this week.

Ramaphosa and public enterprises minister Pravin Gordhan have been under growing pressure following the release of controversial reports by Mkhwebane. In July, the public protector released her report on the donation to Ramaphosa's ANC presidential campaign by corruption-accused facilities management firm Bosasa.

She found that the president had deliberately misled parliament on the donation to his campaign. She ordered that national director of public prosecutions Shamila Batohi investigate "prima facie evidence" of money-laundering linked to the campaign.

Ramaphosa is seeking an urgent legal review of Mkhwebane's report. The matter is due to be heard today. The president has asked the Pretoria high court to seal some of the documents contained in the controversial report, arguing that the financial information and e-mails Mkhwebane relied on were unlawfully obtained.

Meanwhile, the EFF has called for Gordhan to be removed from his position following another controversial report by Mkhwebane that the minister violated the constitution by establishing the SA Revenue Service "rogue unit".

Mkhwebane directed Ramaphosa to take disciplinary action against Gordhan within 30 days. In July, a court interdicted Mkhwebane from enforcing the action recommended in her report.

Last week, Ramaphosa also won his court battle with Mkhwebane over her order that he take "appropriate disciplinary action" against Gordhan in connection with the early retirement he authorised for then deputy Sars commissioner Ivan Pillay.