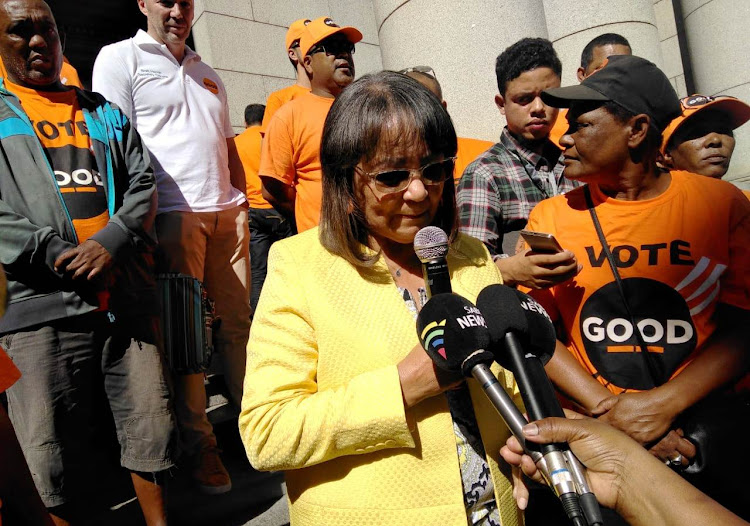 All is not good within Patricia de Lille’s GOOD party, with more party leaders raising questions about the veil of secrecy around its finances.

Times Select has seen correspondence from several leaders asking how the party’s funds were being spent and who was accountable.

This follows the resignation of GOOD treasurer-general Masego Kwenamore last week, claiming she was in the dark about the movement of funds within the party.

“What kind of a party is this where finances of the party are not known by the treasurergeneral, even the chairperson?

“Can someone explain who is the party accountable to and who has the final word on party operations,” he wrote.

“We need to know everything about party finances and contributions to the party.

“Who actually runs this movement and what are the intentions of those about GOOD?”

GOOD Eastern Cape leader Vaughan Naidoo, in an e-mail seen by Times Select, also questioned how the party’s finances were being spent.