Pule Mabe: 'It is not the responsibility of Tito Mboweni to create jobs' 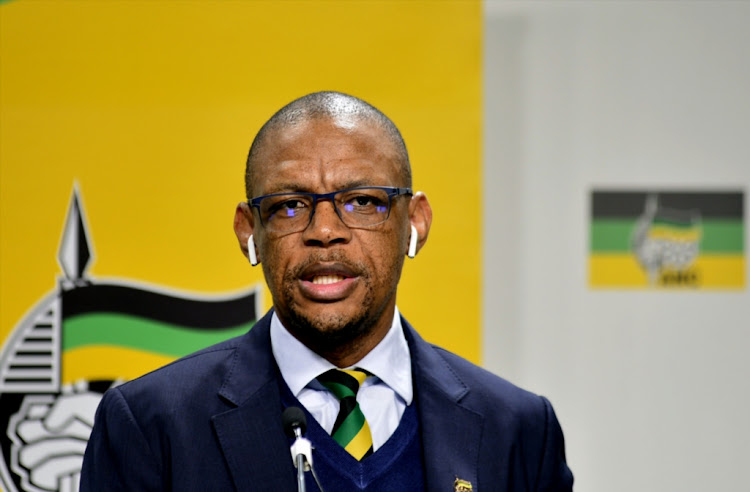 When this happened, he said, job creation would gain impetus because old people like finance minister Tito Mboweni were stuck in old ways of doing things.

Mabe was speaking at the memorial service for murdered ANCYL member Lethabo Nkoana, who was gunned down last weekend.

"We want a youth league that is going to contribute towards the creation of jobs," said Mabe.

"It is not the responsibility of Tito Mboweni to create jobs. No. Mboweni might come with jobs that were relevant in 1994, but there is Facebook, WhatsApp and Twitter and these things were not there when the ANC took power."

Mabe lauded Nkoana for his bravery, saying he was in the league of icons such as Oliver Tambo and Nelson Mandela, who cut their political teeth in the ANCYL.

The best way to honour Nkoana, said Mabe, would be to build a strong ANC that would take South Africa forward.

He said: "Lethabo must not die in vain. His death should give the ANC resolve to seek to build a strong ANCYL that will carry the hopes and aspirations of young people in the country. That is the only fitting honour Nkoana deserves.

"What can we learn from Lethabo? We heard from his friend that he died while trying to protect his comrades. This young man died while he was in the service of others."

According to Mabe, Nkoana was the "true epitome of the youth we want in the ANC" - one who should be the template for the quality and character of the new ANCYL cadre.

"The youth league we need is one that is informed and safeguards its communities, and one that acts like Lethabo."