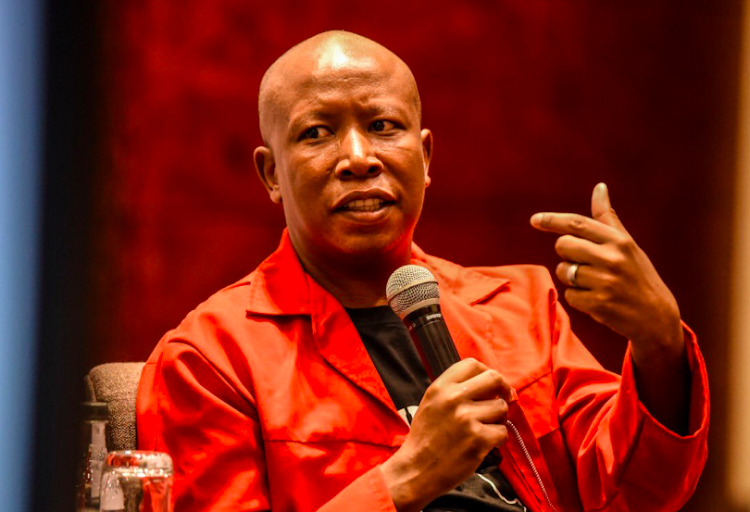 Julius Malema shed some light on the party's plans to open a state-of-the-art school.
Image: EFF via Twitter.

EFF leader Julius Malema has shed some light on the party's plans to open a state-of-the-art school that it says will “decolonise” and prioritise poor black people.

Speaking during the party’s virtual address on Monday, Malema said the school would prioritise black history, culture and languages among some of the subjects.

Here is what you need to know about the school.

Malema said the school would operate independently of the political organisation and would be named after the late struggle stalwart Winnie Madikizela-Mandela. The party had notified her family of their intentions.

“We have already found land on which to build the school. We have contacted the Winnie Mandela family regarding the naming of the school after Mama Winnie.”

Built in the next five years

The Winnie Mandela Combined School will be built in the next five years, said Malema.

“Over the next five years we will work day and night to establish this school along with the values of decolonisation and socialism. It will be an independent school from EFF with its own independent and highly qualified board of trustees.”

EFF leader Julius Malema announced that his party will pledge financial support to artists who have been with the red berets since its inception.
Politics
2 years ago

Aimed in favour of black students

Malema said the party aimed to move away from the current school curriculum in favour of poor black students and black people in general.

“There is no better investment than the education of a black child. Such an education must be unapologetically decolonised if it is to produce a kind of confident black who does not worship whiteness or seek after its approval.”

School for the poor, talented and dejected

Malema said the school would cater for poor, talented and dejected black children.

“Its admission policy will be based on prioritisation of poor orphans who lost their parents to HIV and Aids, poor victims of domestic violence and the poor in general.”