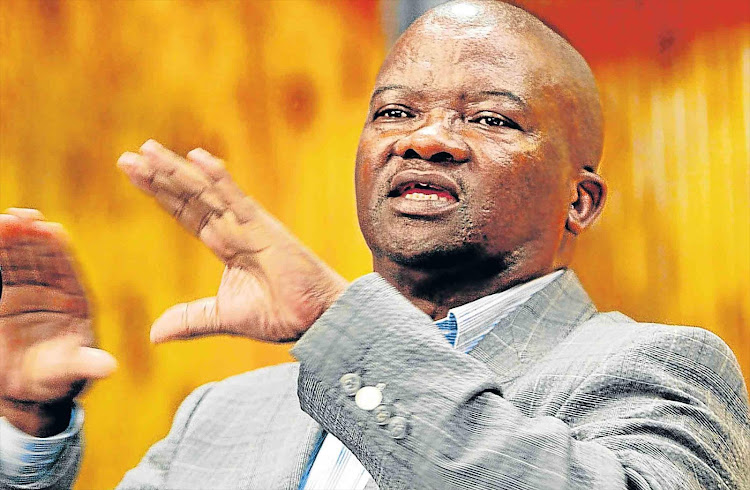 UDM leader Bantu Holomisa has come out guns blazing against transport MEC Weziwe Tikana-Gxothiwe, saying his exposure of her interest in a government-paid Covid-19 quarantine site was substantially true and in the public interest.

Holomisa first raised Tikana-Gxothiwe’s ire when he posted on social media that she was the owner of a Cala guesthouse which was to be used as an official quarantine site for Covid-19 patients.

Tikana-Gxothiwe took Holomisa to court on an urgent basis as a result of his post, saying she was not the owner of the lodge.

She asked the Grahamstown high court on Thursday to declare as defamatory and false his statements on social media and order that he retract it and issue an unconditional apology. She wants the court to order him to pay her R250,000 in damages.

Transport MEC Weziwe Tikana-Gxothiwe is pursuing legal action against anyone who has tainted her name — and now she has set her sights on UDM leader ...
News
2 years ago

But Holomisa says in an affidavit to the court that what he said was “substantially true, reasonable and in the public interest”.

It was done in the course of discharging his official obligations as a member of parliament whose responsibility was to hold the executive to account.

He says while Tikana-Gxothiwe denies in court papers that she was the owner of the Mioca Lodge, she fails to tell the court how closely she is associated with it.

“The contradictory statements by the Eastern Cape government on the procurement of the Mioca establishment (as a quarantine site) does not engender confidence in that government’s public accountability.”

His affidavit says she has a substantial interest in Mioca Lodge.

Although papers show her daughter, Kwakhanya Tikana, is the sole director of Mioca, he says she registered it in her name when just 21 years old in 2015.

Holomisa says it would take a substantial investment to start a private lodge such as Mioca and it is unlikely an unemployed 21-year-old could have afforded it.

Push for Mabuyane to act against transport MEC

Eastern Cape premier Oscar Mabuyane has been backed into a corner, with calls for him to act against transport MEC Weziwe Tikana-Gxothiwe with regard ...
News
2 years ago

Various track and trace reports conducted by Holomisa reveal Tikana-Gxothiwe lists the Mioca address as one of her homes.

The MEC failed to explain this in her court papers, or how Mioca was awarded a contract by a government in which she serves as an MEC without following a public, transparent and competitive tender process, argues Holomisa.

“As a public official and senior member of the Eastern Cape provincial executive council, (she) owes the public the constitutional duty to properly declare her business and financial interests.”

He said the process of selecting Mioca in rural Cala lacked transparency.

Bantu Holomisa has commended President Cyril Ramaphosa for how he is dealing with the Covid-19 pandemic, but has lamented the behaviour of ministers.
News
2 years ago

The contract was subsequently cancelled on the instruction of premier Oscar Mabuyane. He had done so without taking the public into his confidence about the terms of the contract.

Holomisa says given all the facts, his statement that she was the real owner of Mioca was reasonable.

Holmoisa’s counsel, advocate Sydwell Shangisa SC, said the procurement of Mioca was “irregular and shrouded in secrecy” and flouted tender regulations. He argued that the MEC’s application should never have been brought on an urgent basis and should be dismissed on this basis alone.