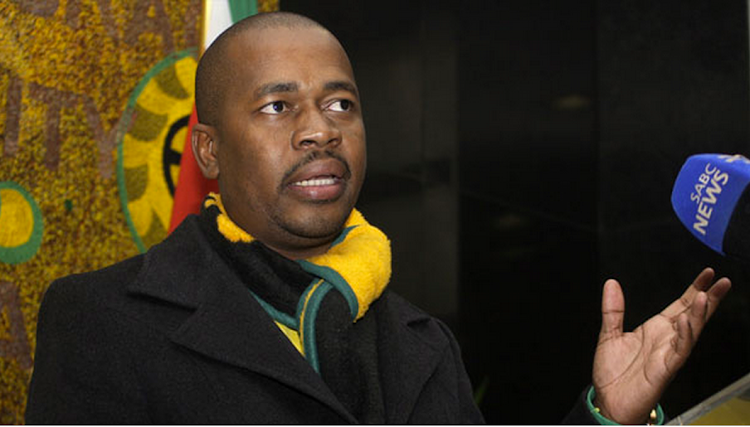 The ANC has called out Ekurhuleni mayor Mzwandile Masina for a tweet on Sunday pledging support for EFF leader Julius Malema's call for the "white economy" to fall.

On Sunday morning Masina, who is also the regional chairperson of the ANC in Ekurhuleni, tweeted a newspaper article headlined "Let the white economy collapse, says Malema".

He captioned the post: “I fully agree with my friend on this one @Julius_S_Malema. Until we nationalise all commanding heights of the economy – we need to restart this economy and make sure it favours the majority. This can't be sane again.”

In a statement on Monday evening, ANC national spokesperson Pule Mabe said Masina's post on the nationalisation of the economy fell outside the confines of the party's policy position.

“While the views were expressed on a personal account, it stands to confuse our constituency and members as to what the ANC stands for. It is expected of ANC leaders to act with care and be cautious at all times on matters of policy,” he said.

The ANC government will dust off old policies as it looks to rebuild a post Covid-19 economy that is “inclusive, resilient and sustainable”.
News
1 year ago

Leaders of the ANC feed into the narrative of policy uncertainty when they publicly canvas positions outside the formal structures, said Mabe.

“We therefore encourage members of the ANC to exercise their freedom of speech within the confines of ANC structures,” he added.

He said the party appealed to its members and leadership to be cautious about what gets communicated on social media - and that the ANC had guided members to limit public pronouncements to approved policies.

Mabe said the ANC resolved at its 54th national conference at Nasrec in 2017 that South Africa should act urgently to reignite economic growth. He said active steps to achieve accelerated economic growth include:

The ANC has called on police to take action against social media user Danie Herselaman for an alleged racist post aimed at minister Nkosazana ...
News
1 year ago

“The ANC strongly believe that this remains the best roadmap to economic emancipation, necessary to bring down the high levels of inequality, poverty and unemployment,” said Mabe.

“We are confident that the current team that has been deployed in government under the leadership of President Cyril Ramaphosa will implement our policies as mandated by the national conference.

“This team will provide the mid-term review report at the national general council and the membership will be afforded an opportunity to make inputs at that level.”

Shortly after the ANC published its statement, Masina took to Twitter to state that he was ready to stand down for his radical views. He went as far as daring the ANC to remove him as its mayor for his views on nationalisation.

"I fear nothing, if I'm isolated for radical views," he said.

"I'm not a coward," he said, adding: "There is no way my ANC views can be misunderstood in my organisation. I stand firm on the nationalisation of commanding heights."

"I can be removed tomorrow as mayor - I'll accept without hesitation. I'm not a coward, I'm ready.

"I won't ask you why. What I won't do is to be friend of WMC [white monopoly capital]. My views are more important than being gagged by whites.

Malema made the call to “let the white economy collapse” last week as he called on South Africans to defy the eased lockdown.

He said the government’s decision to ease the lockdown was not based on scientific evidence and would lead to more people contracting and dying from the virus.