Constitutional Court judgment on independent candidates: Malema and Maimane have their say 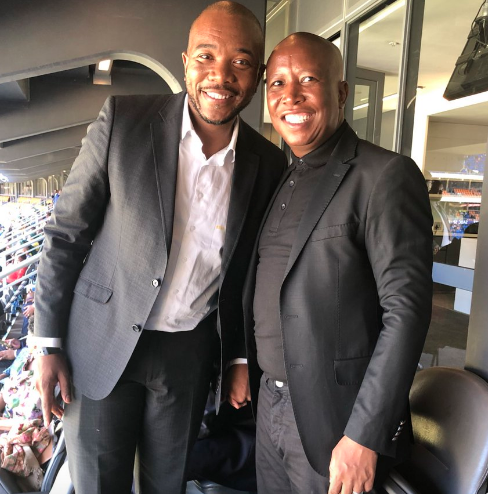 EFF leader Julius Malema and former DA leader Mmusi Maimane have mixed views on Thursday’s court ruling paving the way for the election of independent candidates to provincial legislatures and parliament in the future.

The Constitutional Court ruled that certain sections of the Electoral Act were unconstitutional and gave parliament two years to fix this.

Previously, independent candidates were only allowed to stand and run for office in local government elections.

Malema took to Twitter after the judgment was handed down to voice his opinion on the matter.

“Nothing new because we are already doing it at a local government level, we must just find a perfect way of practising it nationally to strengthen our democracy. By the way, in the last local government elections, independent candidates collectively garnered 341,214 votes,” tweeted Malema.

He also took a swipe at his political foes Andile Mngxitama and Hlaudi Motsoeneng.

The Constitutional Court on Thursday ruled that the Electoral Act was unconstitutional - opening the door for independent candidates to stand for ...
News
1 year ago

Both contested and failed to win a single seat in last year’s election with Mngxitama under his party the BLF and Motsoeneng under his African Content Movement.

“For me, Hlaudi and Andile were effectively independent candidates masquerading as political parties ... and we all know what happened,” said Malema.

“I disagree with you. The dynamics could be very different for the National Assembly as a result of this judgment,” he replied.

“I don’t think you will be facing chancers like Hlaudi and Mgxitama in 2024. Movements of independent candidates are forming. They will get more than 6%,” said Maimane.

“You built a sizeable political party Julius — 1.8-million votes is nothing to laugh at. However you have not faced a sizeable movement of independent citizens. People who are tired of political party BS. They finally have a path and they are going to shake things up.”

Malema gets heat on Twitter after calling Ramaphosa a ‘bastard’

Maimane had earlier told eNCA that the judgment dealt a big blow to state capture because it emanated from party capture: “It gives accountability back to communities.”

Former Johannesburg mayor Herman Mashaba, who is also building his own political party, called for a mixed electoral system that would allow half the National Assembly seats to be voted for directly.

“For parliament to give expression to this judgment, it cannot stop at amending the Electoral Act simply to allow for independent candidates to contest at a national or provincial level,” he said.