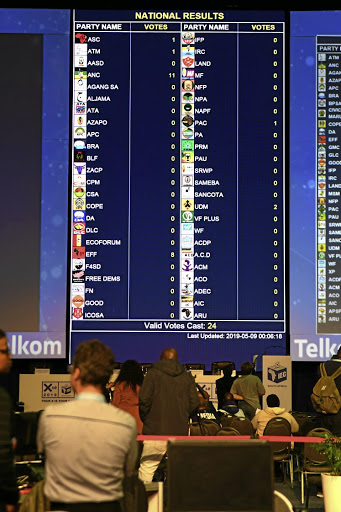 The Constitutional Court has given parliament two years to amend the Electoral Act to allow for independent candidates to run for political office.
Image: DEAAN VIVIER

Independent candidates will still find it hard to run for political office, especially that of president or premier because political parties still wield a lot of power in the electoral system.

This is the view of the Council for the Advancement of the South African Constitution (Casac).

Yesterday, the Constitutional Court declared unconstitutional aspects of the Electoral Act which forces South Africans to form or be part of a political party if they have ambitions of holding political office in provincial and national elections.

Casac's Lawson Naidoo said independent candidates would still need political parties to nominate and vote for them if they were to become the president.

“The reality is that political parties are very strong in the South African political system and that's not going to change as a result of this judgment,” Naidoo said.

“Parties will still be here, they will in all likelihood still command the majority of the seats in the national and provincial legislatures, and on that basis will still be able to have their preferred candidate elected as president or premier.”

Naidoo said the judgment, which has been widely welcomed, would go a long way in reforming the electoral system in the country.

Naidoo, however, said that members of the National Assembly and the provincial legislatures still had power to decide who to nominate and vote for the positions as the 400 members “will collectively decide who the president is going to be”.

Parliament has been given two years to amend the Electoral Act to allow for independent candidates to run for political office.

Delivering the judgment yesterday, justice Mbuyiselo Madlanga went at length explaining how the act states that a person ceases to be a member of the National Assembly once they lose membership of their party.

Political analyst Prof Dirk Kotze said the judgment meant a radical reform of the electoral system had to happen.

The report was published in January 2003.

The task team was formed to craft the new electoral legislation required by the constitution.

The Constitutional Court on Thursday ruled that the Electoral Act was unconstitutional - opening the door for independent candidates to stand for ...
News
2 years ago

Advocate Karabo Mvubo of the Rivonia Group of Advocates said: “The Constitutional Court is stating that each person should be entitled to stand and if they are elected, be in public office.”

EFF leader Julius Malema said independent candidates were already participating in politics at local government and that it was just a matter of using the same practice at national and provincial level. “We must just find a perfect way of practising it nationally to strengthen our democracy,” Malema said on Twitter.