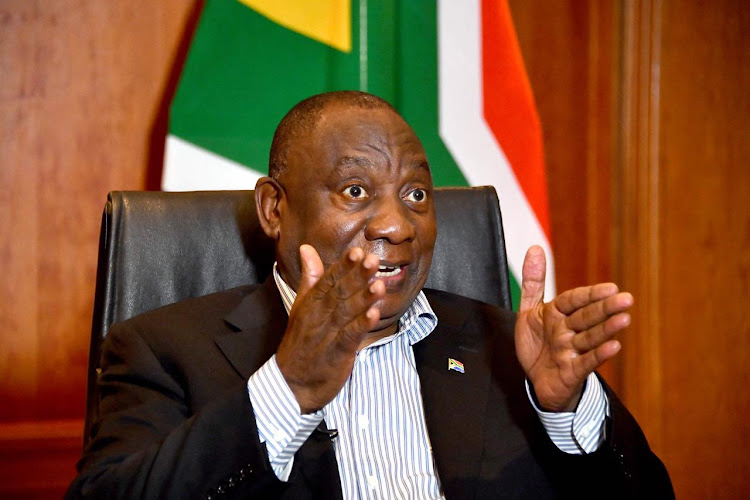 President Cyril Ramaphosa says trauma units have been “clogged” with patients since the lifting of the alcohol ban.

At the same time, he said, during the ban the illicit trade of alcohol led to other serious problems that were a danger to people's health.

Ramaphosa made the remarks during an event the presidency referred to as a “presidential imbizo”, where members of the public were able to interact with him via social media and a phone line.

Responding to a question on why the curfew and alcohol ban had been lifted, the president said alcohol was a matter that was discussed “extensively” by the national coronavirus command council.

“The rationale was that you could not keep some areas of South African economic activities closed forever and you needed to reach a stage where we would be able to lift those so that our lives could carry on, but at the same time under restrictions,” he said.

“There were restrictions that were imposed, but at the same time, after we lifted, we started seeing — as I have said in an address to the nation — the ugly side of our social life, where there has been excessive abuse of alcohol, which has led to a whole lot of other social ills.

“Trauma units in our hospitals were relatively empty during the lockdown period. After the relaxation of the alcohol ban, they have now been clogged with a number of cases resulting from road accidents, stab wounds, gunshot wounds and violent encounters that many of our people have had and that is deeply regrettable.

“We cannot ban alcohol forever. Where it has been banned, we found that the illicit trade that happened around alcohol resulted in many more serious problems which were dangerous to the health of people. Not that alcohol is not dangerous — it is when it is over-consumed. But there are quite a number of other negative side effects of alcohol.

“So that is something which has concerned us as a nation — that is what we need to focus on.”

Ramaphosa said given the amount of activities permitted under level 3, it no longer made sense to keep the curfew because there were enough reasons to justify people leaving their homes — including school, work, exercise and shopping.

The minister of women, youth and persons with disabilities on Tuesday urged liquor traders to champion responsible drinking to prevent a total ...
News
11 months ago

He added that while roadblocks are no longer as frequent as they were under level 5, they were still being used by law enforcement.

“Roadblocks still are mounted. They may not be mounted in the same way as they were under level 5, but they are still activities our police and national defence force rely on to have various levels of control over what is happening.”

Ramaphosa was at pains to emphasise that South Africans need to do their part in guarding against contracting the virus. He said he often came across people who were not wearing masks or practising social distancing, while others were attended social gatherings in large numbers.

Over the weekend, the department of health recorded the highest number of cases in a single day: more than 7,000. The Western Cape remains the epicentre, though the Eastern Cape and Gauteng have seen a rapid rise in infections, bringing them closer to their peaks.